‘I Balance Sleeping With Them’: Husband of Famous Kiambu Co-wives Speaks 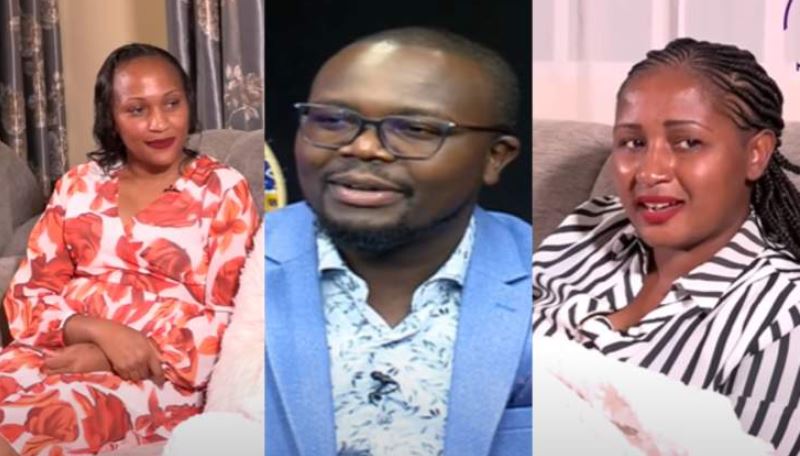 Last week, you heard the story of the now-famous Kiambu co-wives who have been living happily under one roof in Juja for about two years. And this week, you get to hear their husband’s side of the story.

Maureen Njeri and Grace Wacera, alias Cerah, spoke in a YouTube interview revealing that they are married to a certain Abraham.

The husband has now been identified as Abraham Mwangi, a 34-year-old computer engineer.

He spoke to a local station revealing that he married both his 33-year-old wives in 2014. Mwangi said he fell in love with his second wife Maureen after an argument with Cerah.

Abraham said that before then, he and Maureen were strictly working colleagues. But after a couple of coffee dates, a love affair developed before Maureen conceived and gave birth to their first child.

“They respect themselves so much, and that encourages me to protect and support them. I want to tell you on live TV that you two have my utmost respect and support,” he professed.

Abraham also spoke about their sleeping arrangement saying all three of them have their own bedroom. He confirmed what Cerah and Maureen said; that he gets to choose whom to sleep with.

Abraham added that he doesn’t have a schedule but does his best to make his wives happy.

“Our house is a maisonette with five bedrooms which I built. Everyone enjoys their privacy, and I get to choose where to sleep. I don’t have a schedule, but I ensure that I balance them and everyone is content and happy,” Mwangi said.

Don’t Go To Work If You Have Flu-Like Symptoms – Health Ministry < Previous
KRA Targets to Net Millions in Mega Customs Auction at Mombasa Port Next >
Recommended stories you may like: