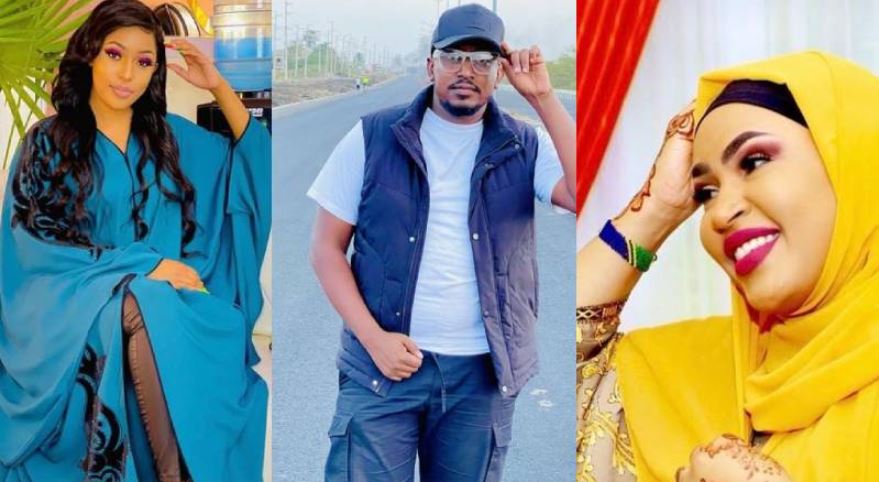 Social media personalities and former co-wives Amber Ray and Amira revived their ‘beef’ on Tuesday as they exchanged words on social media.

It started with Amira calling out the socialite for allegedly crossing boundaries. Taking to InstaStories, Amira claimed that while she was away this past weekend, Amber Ray tried contacting her son Shamir.

“Can someone tell Amber Ray next time she comes to Yamin to keep her boundaries.

“When I was away for the weekend she kept calling my son who was playing in the estate to come take a pic with her,” Amira wrote.

The protective mother further warned Amber Ray to keep away from her kids.

“Listen don’t mess with my kids, nilikuachia Jamal lakini, when it comes to my kids I’ll go off on you, tutaona damu, period!!!!!!”

But Amber rubbished Amira’s claims saying her son had lied. “Ati I wanted to take pics with your son, for who, for what? I am shocked that your kids can lie that much but again they have your blood,” Amber Ray wrote.

She added that she left Jamal for Amira but he still couldn’t take her back.

“Ati uliniwachia Jamal..when will you ever stop lying to the world. You guys still live in the same house and he is still seeing another woman on the side…and you are okay with that? Aki pesa wewe.

“…the bottom line is I left him for you and you still couldn’t have him,” Amber wrote. 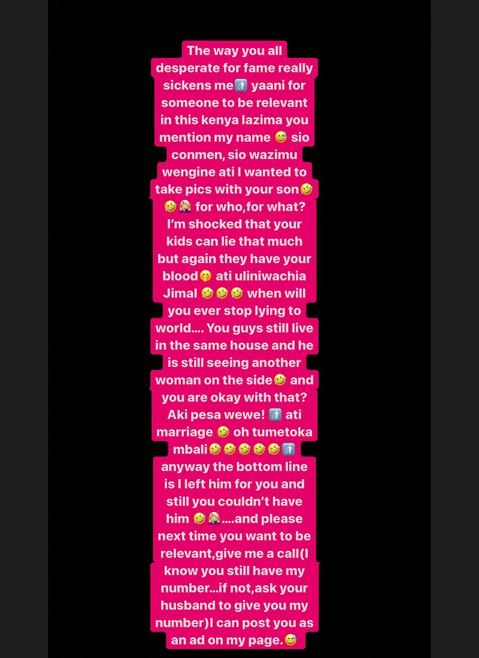