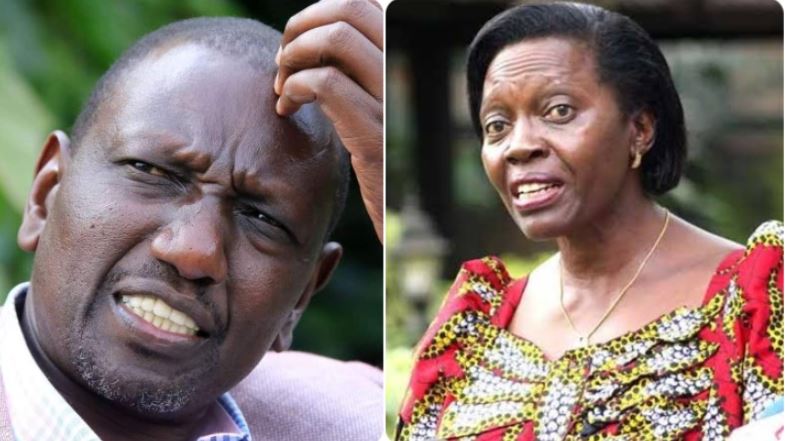 During her unveiling on Monday, Raila said Karua would also serve as the Cabinet Secretary for Justice and Constitutional Affairs.

Ruto took issue with Karua’s CS role saying it pales in comparison to the role he gave Gachagua.

“Leaders of high calibre are leaving the Azimio coalition every day. It began with Mudavadi and Ford Kenya leader Moses Wetangula. Today, we have seen Musyoka and Gideon Moi leaving. If these people can deceive fellow leaders, they can do worse to millions of innocent Kenyans,” Ruto claimed.

He added: “The day of reckoning has come for people of Kenya to walk away from political conmanship.”

The DP’s UDA Party also claimed Karua’s appointment as Justice Minister was a ploy to revive the BBI.

“I have never seen such a misplacement of designation of duties on a running mate. First, it departs from what the constitution has provided for in terms of the deputy president’s office,” UDA’s Secretary-General Veronica Maina said Tuesday.

“What I see when I see the insinuation of Martha becoming a Cabinet Secretary for Justice and maybe Constitutional Affairs is the thematic focus of Azimio being constitutional amendment. It’s a revival of the BBI… or a constitutional making because they think that is the issue that affects Kenyans. What Raila forgot is that Martha went to court to oppose the BBI the other day, and BBI did not see the light of day,” she added.

DP Ruto Explains Why He Chose Gachagua Over Kindiki as Running Mate < Previous
Martha Karua Clarifies BBI Stance After Being Named Raila’s Running Mate Next >
Recommended stories you may like: