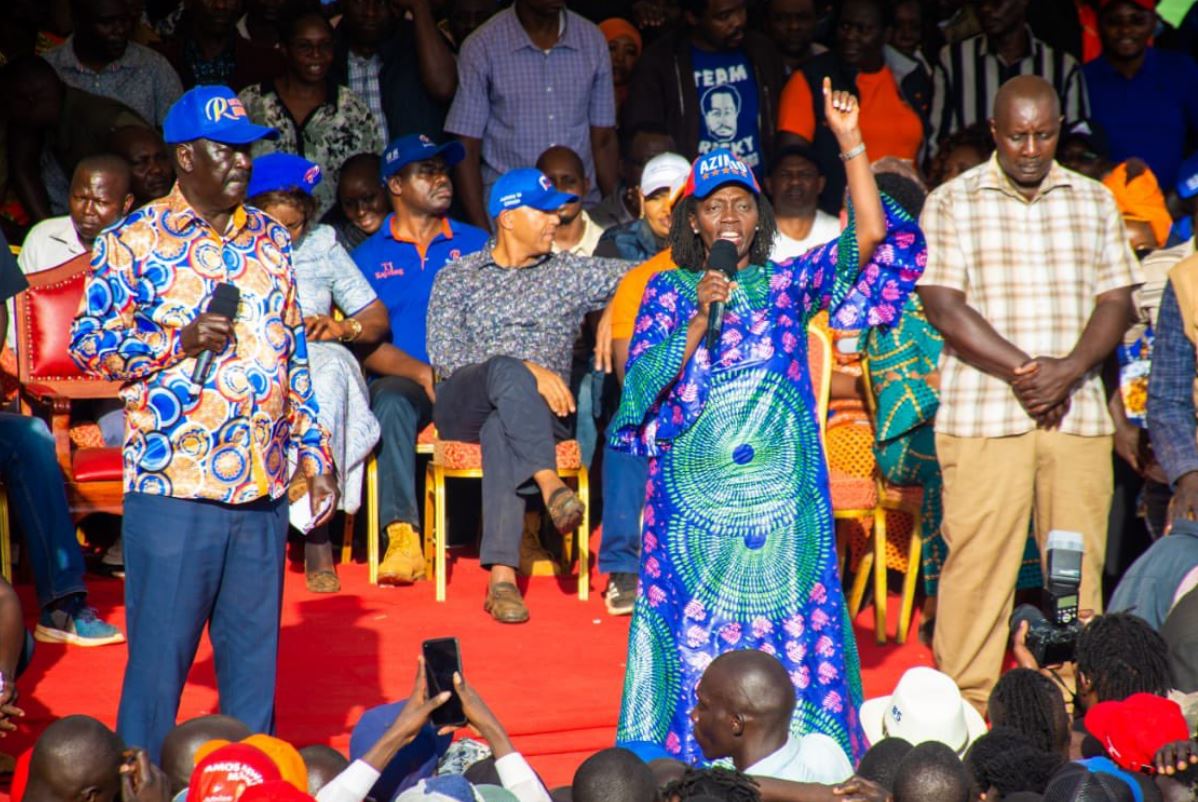 Martha Karua has explained her stance on the Building Bridges Initiative (BBI) after she was named Azimio la Umoja’s presidential running mate.

The NARC Kenya party leader strongly opposed the BBI Bill and challenged it in court before it was eventually shot down. It, therefore, came as a surprise that Martha teamed up with Raila, who fronted the BBI.

Speaking on Monday night, hours after she was unveiled as Raila’s Deputy, Karua clarified that she objected to the BBI process.

Should Raila win the presidency and wish to revive the BBI Martha Karua said she would take up a supportive role in steering the Constitutional reforms agenda in accordance with the law.

“In my acceptance, I said I will take up that supportive role in accordance with the law because everything you do we do under the constitution and the guiding statutes,” said Karua.

“On BBI, we objected the process, the court has settled the issues so anything done will be done under the law and I will be supportive to do things the way they should be done. It will be my duty to my principal, Kenyans, and the country.”

What Ruto Said About Martha Karua Nomination as Raila’s Running Mate < Previous
Sonko to be Rearrested For Escaping Shimo La Tewa Prison Next >
Recommended stories you may like: