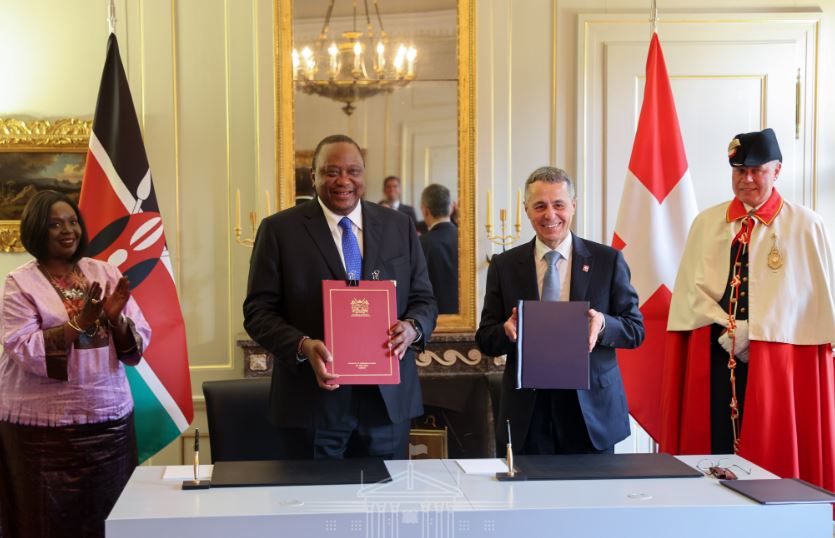 Switzerland has initiated the process of repatriating to Kenya Sh233 million stashed in the country as proceeds of corruption.

Speaking in Bern at the start of his official visit to Switzerland, President Uhuru Kenyatta and President Ignazio Cassis agreed that the Governments of Kenya and Switzerland will work together to expeditiously conclude the process of repatriation of the funds.

The Swiss government holds a total of $2 million in proceeds of corrupt activities but the money is yet to be restituted to Kenya due to the condition that the ongoing court cases on the same must be concluded.

The two leaders also emphasized the need to demonstrate that crime does not pay.

Presidnt Kenyatta reaffirmed Kenya’s commitment to the principles of the framework for the Return of Assets from Corruption and Crime in Kenya (FRACCK) that was agreed upon and signed by the Governments of Kenya, Switzerland, the United Kingdom, and Jersey.

The two leaders also signed a Letter of Intent to cooperate on research and science. The letter builds on the Agreement on Training Cooperation for International Peace Missions signed on October 13th last year to further strengthen cooperation on training for international peace missions. 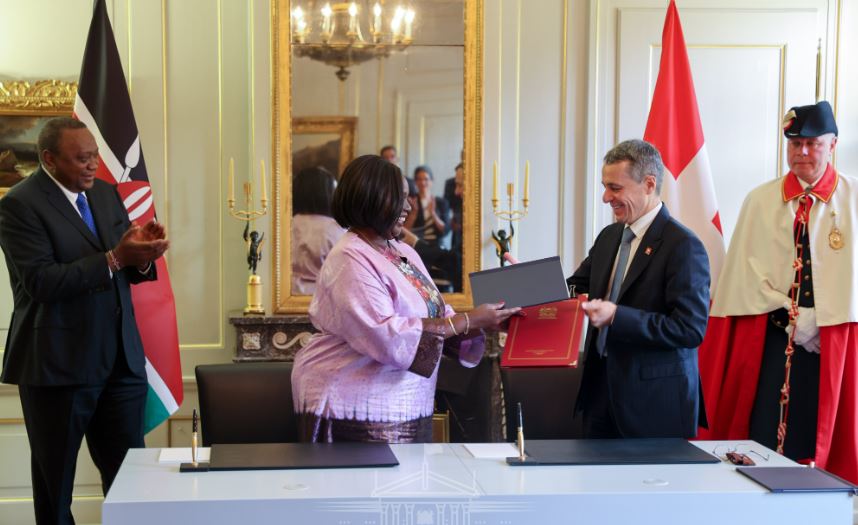 At the multilateral level, Uhuru welcomed the partnership between the two countries in the advancement of international peace and security.

Being the first visit by a Kenyan Head of State, Kenyatta said the visit demonstrated Kenya’s desire to reinvigorate the long-standing trade, economic and investment ties between the two countries.

At a one-on-one meeting with President Ignazio Cassis of the Swiss Confederation, President Kenyatta reiterated that Kenya remains the investment destination of choice in the East and Central African region.

Recalling that during the official visit by the then Swiss President Alain Berset in 2018 several Swiss companies expressed interest to invest in Kenya, President Kenyatta said he was glad that most of those companies have since finalized plans to establish their presence in the country.

Some of the areas the Swiss companies have interest in include pharmaceuticals, textile, agro-processing, hospitality, Fintech, Information Communication Technology (ICT), industrial parts, and machinery.

The two leaders also discussed the tourism sector where President Kenyatta stressed the need to encourage people-to-people exchanges among the citizens of the two nations. 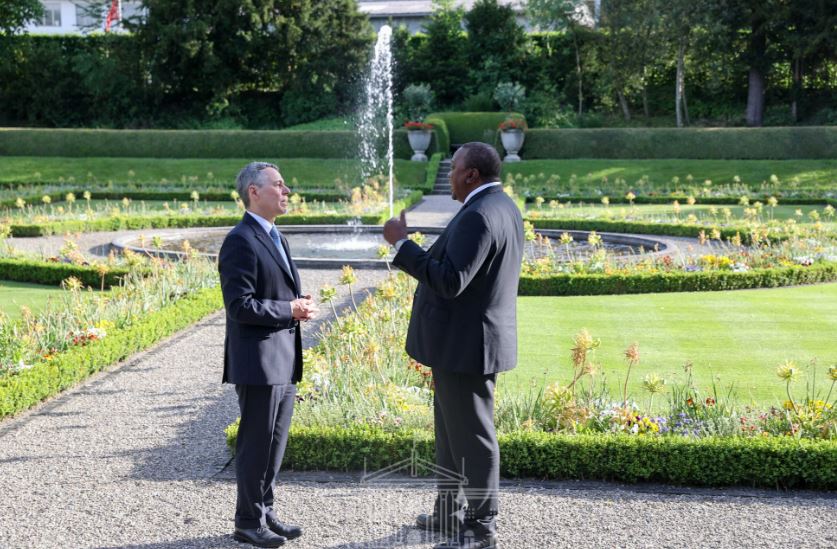 The President expressed the need for Kenya and Switzerland to explore more areas of cooperation and particularly called on Nairobi-based Swiss companies that manufacture health products to increase and diversify their products to cater to the region’s health needs.

“One of the things I am happy to see is if we can increase our partnership, especially in the health sector. I think again there’s plenty of room for growth. The Covid-19 pandemic has shown us that there’s no such thing as national diseases anymore,” he said.