President Uhuru Kenyatta on Thursday presided over the official opening of the Central Bank of Kenya (CBK) Pension House in Nairobi.

The building which is located along Harambee Avenue in Nairobi CBD was constructed at a cost of Sh2.49 billion, State House said.

The imposing 27-storey beautifully designed skyscraper has 6 basement levels, and space for a Kenya currency museum, offices and conference rooms among other salient provisions.

Beyond the impressive glass, steel and stone works, the President said the magnificent building is the fruit of decades of dedicated service to the nation by the senior citizens, a towering symbol of a legacy of good works and proof of the wisdom of investing in the future.

“What is also admirable about the construction of this building is that it was fully financed from internal resources of the Pension Fund, with no contribution from the Central Bank of Kenya (CBK).

“You, our senior citizens, it is your hard work that provided the resources to construct this magnificent edifice. I am confident that the returns arising from this investment will return a healthy dividend, thus providing financial resources that will take care of you and afford you a comfortable retirement,” President Kenyatta said.

The trophy was handed to the Head of State by legendary Brazilian footballer Juliano Belleti, a World Cup-winning defender, who is accompanying it on the tour.

The President said the unveiling of the FIFA World Cup trophy in the country was a great motivation for the youth to achieve greater football success.

“The FIFA World Cup remains the greatest sporting extravaganza in the world. From big cities to sleepy villages, the tournament is followed in every nation by enthusiastic fans from all segments of society.

“It is, therefore, a moment of great privilege and profound honour for Kenya as we officially receive the FIFA World Cup Trophy on behalf of our nation,” President Kenyatta said before the 18-carat gold trophy was unveiled.

The trophy is on display today at the Kenyatta International Convention Centre (KICC) for public viewing and photo session. 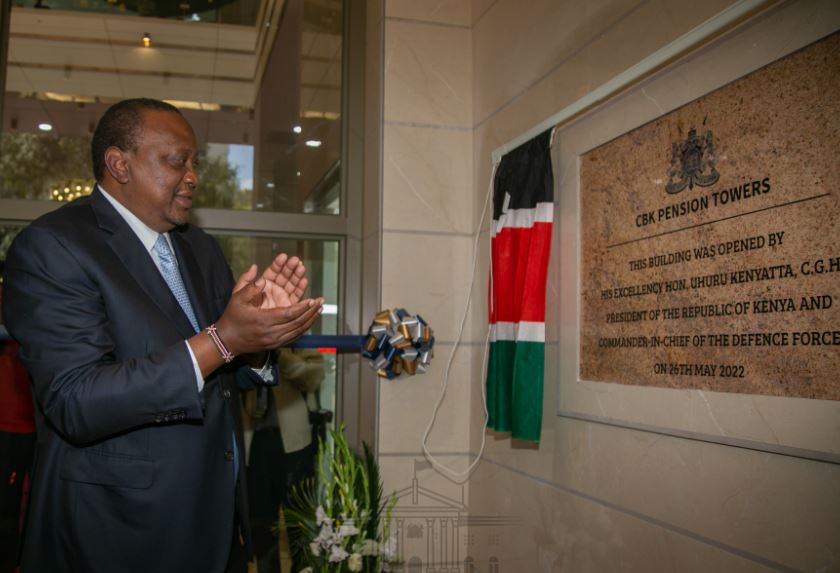 Prev1 of 26Next
Use your ← → (arrow) keys to browse
All The Trending Memes and Tweets This Friday < Previous
US Govt Offers Sh233m Bounty for Kenyan Fugitives Next >
Recommended stories you may like: