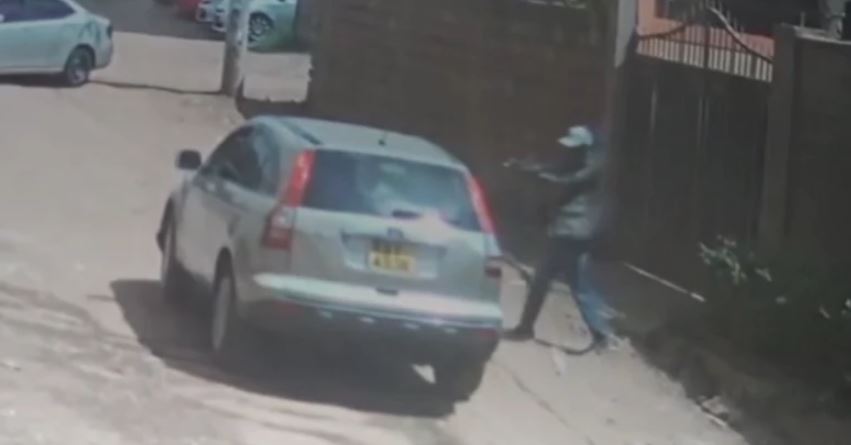 The wife of a man who was gunned down in broad daylight at Mirema Drive in Roysambu says he was secretive about his work.

Samuel Mugota was shot six times by a lone gunman on Monday, May 16, with police recovering seven identity cards in six different wallets.

Phones and laptops suspected t have been stolen were also found in his car.

Police reports indicate he was under investigation on suspicion of being the head of a criminal syndicate that uses drugs administered by women to stupefy revelers in nightclubs before robbing them.

There are also reports that police are investigating an alleged land deal as the motive behind the cold-blooded murder.

The second wife of the deceased, Winnie Wambui, recorded a statement at the Kasarani Police Station, revealing his mysterious ways.

Wambui said they were married for 10 years and had three children but she never even knew any of his friends.

“When we met, he told me that he was a former police officer. However, I never got to see any pictures of him in police uniform, or at his workstation.

“I knew little about his work life. However, I remember him telling me that he bought and sold land after quitting the police service,” the 34-year-old told police. 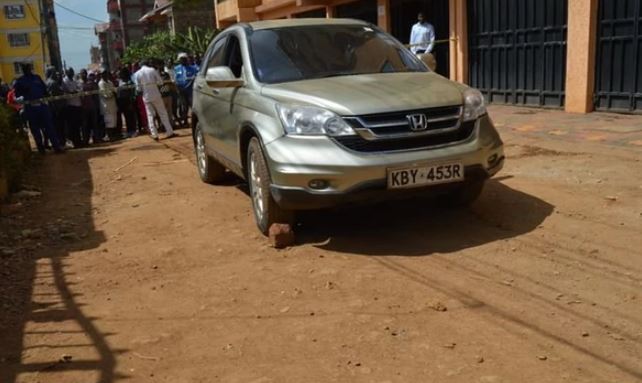 Wambui said they lived on Kenyatta Road, Kiambu County, where the deceased had built their matrimonial home.

She described Mugota as a good provider who hardly spent a night away from home.

“He was secretive; I never knew any of his friends. However, he used to receive numerous calls from women. I couldn’t ask him who they were because he detested being questioned,” said Wambui.

She added that Mugota was a teetotaler, didn’t smoke, and never allowed her to call him.

“From the word go, he set the rule that I should never call him when he was away from home. He used to say: ‘nikikutaka, nitakutafuta (When I need you, I’ll call you),” she said.

Wambui said she knew Mugota had another wife and she was okay with it.

“I know that he had another wife, whose name is Ruth Kamene. Ruth and Mugota had three children. I knew my place in the marriage, and I was okay with it,” she said in her statement.

Wambui told police that her husband never exhibited signs of a man who was fearing for his life.

“He’d however told me that he was facing financial problems, and was planning to sell one of his cars to remain financially afloat.”

It has also been established that Mugota had a seventh child with a third woman.

Kenyan Woman Missing in US as Boyfriend Arrested For Spending her Money < Previous
Everything Trending in Nairobi This Friday Next >
Recommended stories you may like: