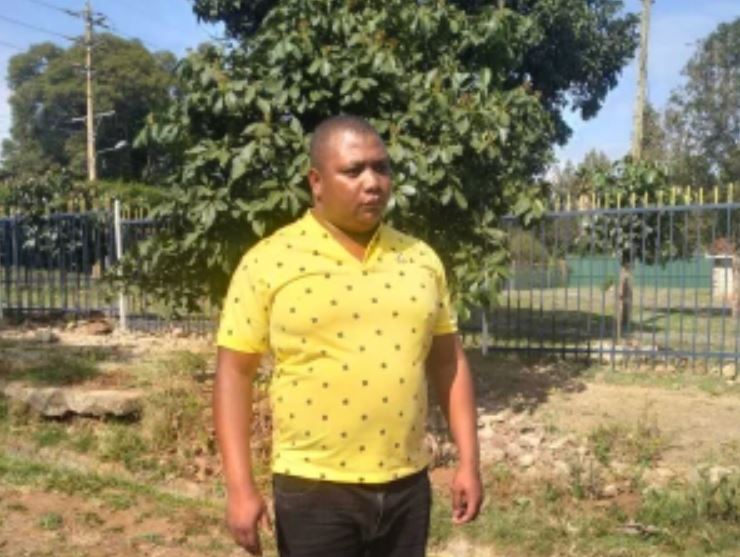 A man wanted by the police over the murder of Samuel Mugoh Muvota in Mirema, Nairobi surrendered to the police on Monday.

Dennis Karani Gachoki turned himself in to the Directorate of Criminal Investigations headquarters accompanied by his lawyer.

Karani denied killing Muvota saying he had only met him twice, in Nairobi and Meru. He also denied any involvement in the stupefying syndicate.

“I am innocent and I will prove this. I didn’t kill the man they say I killed,” Karani told journalists.

“I have never communicated to Muvota, we have never done business together or anything money-related.”

Karani said he did not have Muvota’s’s contacts and the last time they met was in March last year.

“I knew  him but I had never had his contact. I got to know him in 2018 during a wedding ceremony in Meru. A friend of mine introduced me to Mugota. After the wedding, we used the same vehicle back to Nairobi. We never exchanged contacts.

“Last year in March I bumped into Mugota coincidentally at a  restaurant called Icon along  Kenyatta Road. I just exchanged pleasantries with him and left,’’ he said.

The suspect said he decided to surrender because he felt his life was in danger. He also confirmed he has a case in Meru in which he is accused of receiving money through fraud.

Karani said contrary to police that he had fled the country, he was in Nakuru and learnt he was wanted by the police on Friday through a friend.

“At the time of his murder, I was in Nakuru when I heard that he has been killed. I learnt about his death through the media.

“Someone who recognized my photo alerted me that I was wanted. I have not known peace since then,” he said.

Karani’s lawyer Samuel Thuku said his client is innocent and that the DCI was trying to press up fictional charges against him. 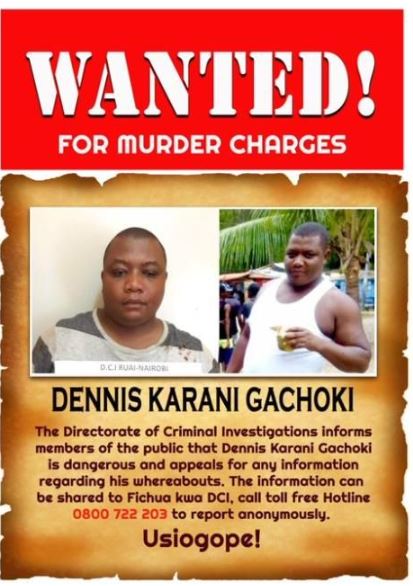 Omosh on Pastor Kanyari Video, “It Wasn’t Acting” < Previous
CJ Koome Warns Parents Against Suing Schools For Punishing Undisciplined Students Next >
Recommended stories you may like: