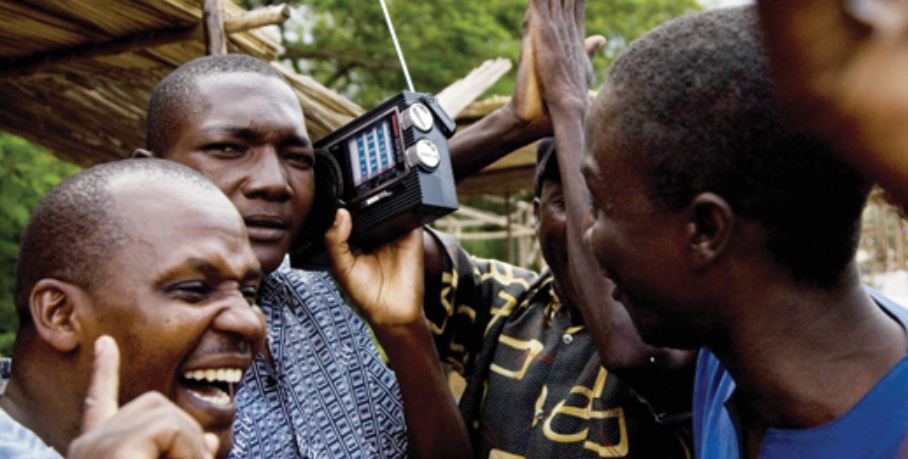 Radio Citizen is the most popular radio station in Kenya for the third year running, a new report has revealed.

GeoPoll’s media measurement survey for the first quarter of 2022 showed Radio Citizen was the most listened to station with a ten percent market share.

Another Swahili station – Radio Jambo – took second spot with an 8.6% share of the radio audience in Kenya. Classic 105 came in third with 7.26 percent of the market share between January and March.

Radio Maisha emerged fourth ahead of Kiss FM, Milele FM and NRG Radio in that order.  Inooro, Kameme and Hot 96 completed the top 10 list in that particular order.

“For the older audiences (35+), vernacular stations Kameme and Inooro were the two most listened to radio stations, followed by Radio Citizen and Radio Jambo,” the survey added. 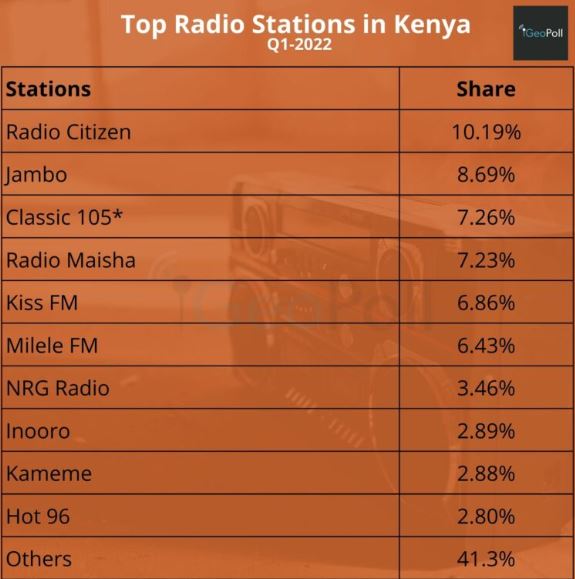 Meanwhile, the most-watched TV station was Citizen TV with a market share of 24%. NTV was second with a 9.5% audience share between January and March followed by KTN(8.78%). KTN News commanded 7.92% of the market share.

“Citizen TV’s 9 o’clock news programs were the most popular, with an average daily share of 30.5%, rising to the highest on Tuesday (33.2%). NTV had the second largest segment of viewers between 9:00 and 10:00pm, followed by KTN and KTN News. TV 47 also broke into the Top 10, with 3% saying they watched the relatively new channel during that time block,” the survey indicated.