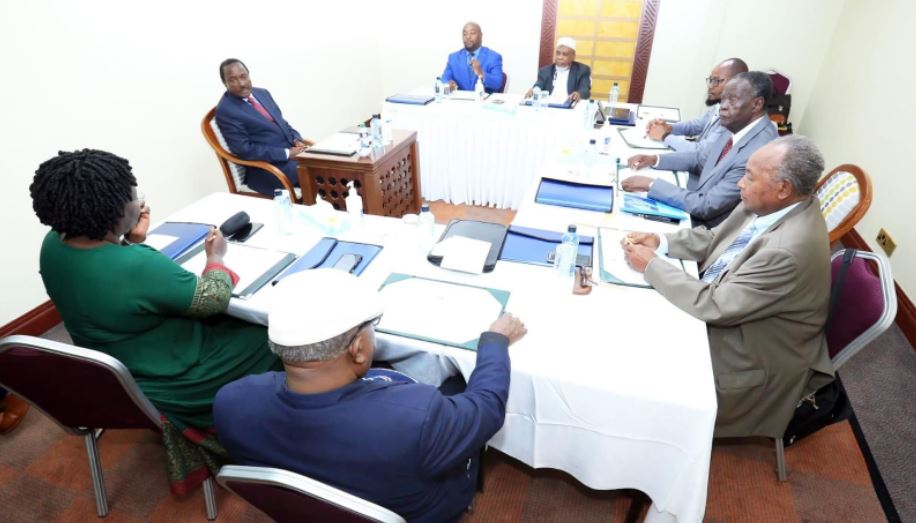 Wiper Party leader Kalonzo Musyoka on Tuesday, May 10 faced the Azimio running mate selection panel, contrary to his earlier declaration that the ‘interview’ was below him.

Explaining his change of mind, Kalonzo said he presented himself before the Noah Wekesa-led panel at the Serena Hotel to rule out any excuses in case he is not selected to deputize Raila Odinga.

“It was my decision to come because I realized that we didn’t want to give anyone an excuse whatsoever to say that I refused to come, so I am here,” he said.

Kalonzo described the ‘interview’ that lasted about two hours as a meaningful conversation with the seven-member panel.

“It was a useful conversation with the panelists led by Noah Wekesa.

“The Committee has great and experienced men like Bishop Njenga and Bishop Zacheus Okoth, I looked at that in my own right and said why would I not want to go and meet Bishop Okoth? I had to make that decision.”

The panel was expected to forward three names to Raila Odinga by the close of business Tuesday ahead of the May 16 deadline set by Independent Electoral and Boundaries Commission (IEBC).

President Kenyatta Calls For Enhanced Cooperation Between Kenya And The UAE < Previous
When DP Ruto Will Unveil Running Mate Next >
Recommended stories you may like: