Uhuru Holds Talks With CEO Of SC Johnson And Sons 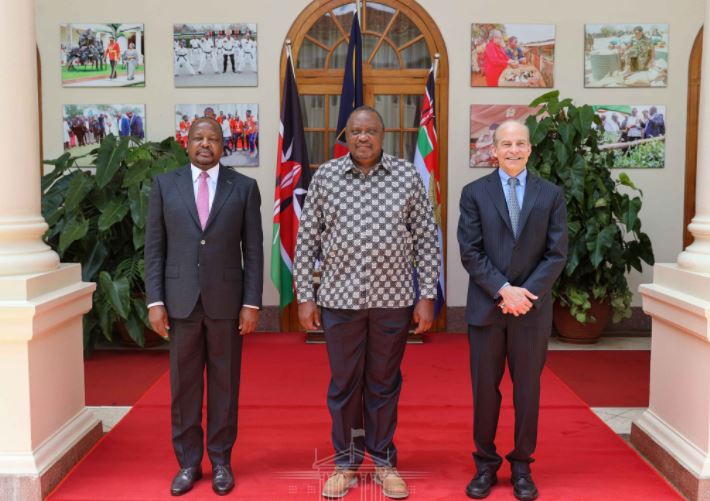 President Uhuru Kenyatta on Wednesday held talks with Dr. Fisk Johnson, the Chairman and CEO of SC Johnson and Sons Company, who paid him a courtesy call at State House, Nairobi.

Speaking during the meeting, the Chairman and CEO of the multinational manufacturer of household cleaning supplies and consumer chemicals expressed his company’s interest in partnering with Kenya in the fight against malaria.

Dr. Johnson shared his company’s intent to resume its purchasing of Kenya’s pyrethrum for the production of chemicals to boost the war against malaria.

SC Johnson and Sons, which has a branch in Kenya, has been one of the biggest buyers of Kenya’s pyrethrum.

The Head of State welcomed the company’s partnership, terming it a boost in the fight against malaria in Kenya and across the region. 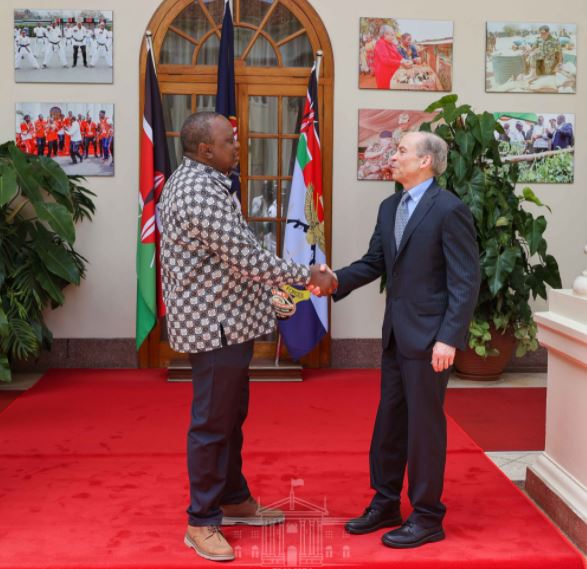 President Kenyatta added that the purchase of Kenya’s pyrethrum by SC Johnson and Sons will provide a ready market for farmers and increase their income.

The President, who is also the chairman of African Leaders Malaria Alliance (ALMA), has been at the forefront of supporting initiatives geared toward the eradication of malaria in the continent.

The Government has been keen on the revival of the production of pyrethrum in the country and last year it released Kshs 40 million for the purchase of pyrethrum seedlings for farmers to step up production of the crop in 18 high potential counties which include Nakuru and Nyandarua.

Further, the Government has ensured that the Nakuru-based Pyrethrum Processing Company is back in operation.

The meeting with the Chairman and CEO of SC Johnson and Sons Company was also attended by Health Cabinet Secretary Mutahi Kagwe and officials of the End Malaria Council led by Chairman Christopher Getonga among others. 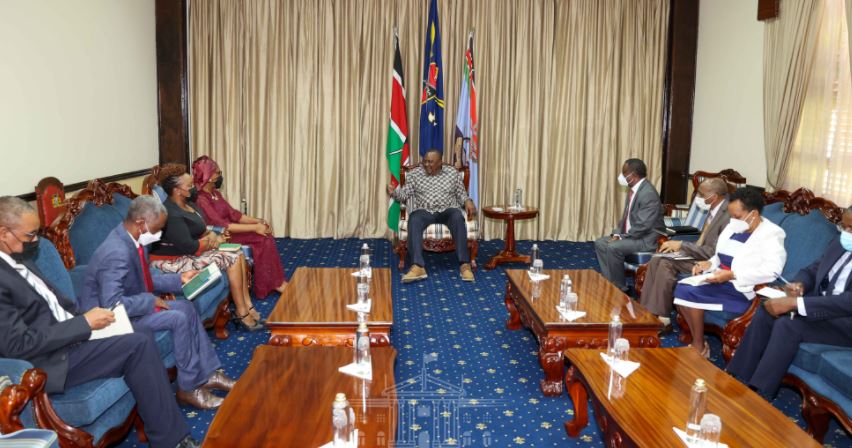 Their discussion centered on ways of enhancing AfDB’s support to key projects in Kenya’s development agenda.

Raila Chopper Attack Was Planned and Funded – Matiang’i < Previous
One Reason Why Alex Mwakideu Stopped Drinking Alcohol Next >
Recommended stories you may like: