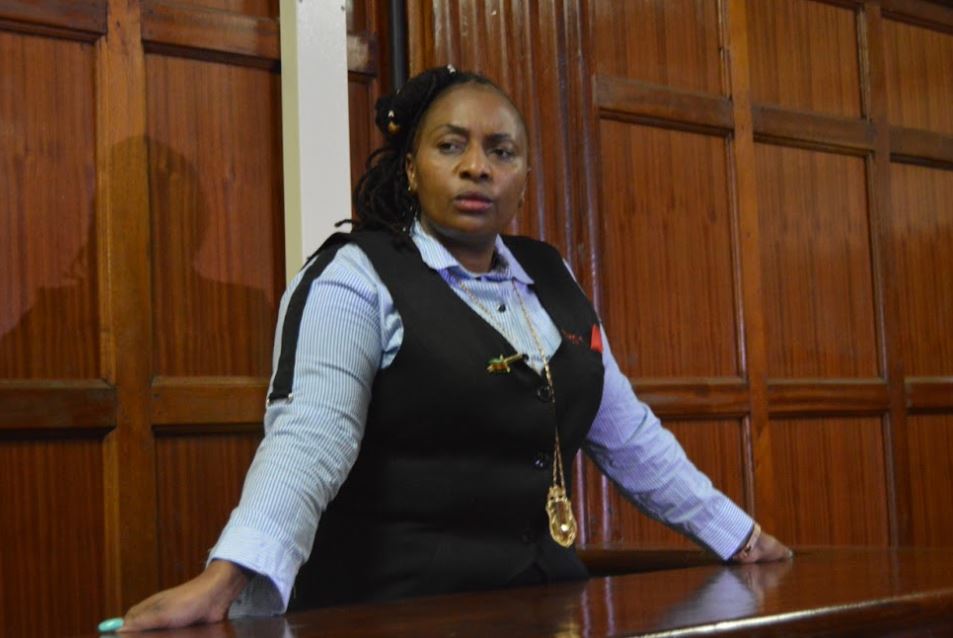 The infamous spy queen Jane Mugo has offered to be Deputy President William Ruto’s running mate in the August 2022 Elections.

Mugo on Monday said she is ready to deputize DP Ruto after conceding defeat in UDA primaries for the Kirinyaga Women Representative ticket.

Mugo said she remains open to any political position and is ready to work with Ruto.

“I will be open to any political position in the future and even if the UDA party and Kenya Kwanza team decide that I become a running mate to DP Ruto, I am ready to work with him,” she said.

The private investigator further asked Ruto and all-male political leaders who are vying for the presidency to pick a woman running mate.

“I only want to urge William Ruto and Raila Odinga to nominate a woman as their DP because they will never regret doing so,” she said.

Jane Mugo said despite being rigged out of the nominations, she will remain loyal to UDA and Ruto.

“Despite being rigged out in the nominations, my unwavering loyalty to our UDA party remains strong. I will continue supporting its ideologies and our party leader Deputy President William Ruto’s presidential bid,” she said.

All The Trending Memes and Tweets This Wednesday < Previous
Sakaja’s Running Mate: We Want to Make Nairobi a Premier City in Africa Next >
Recommended stories you may like: