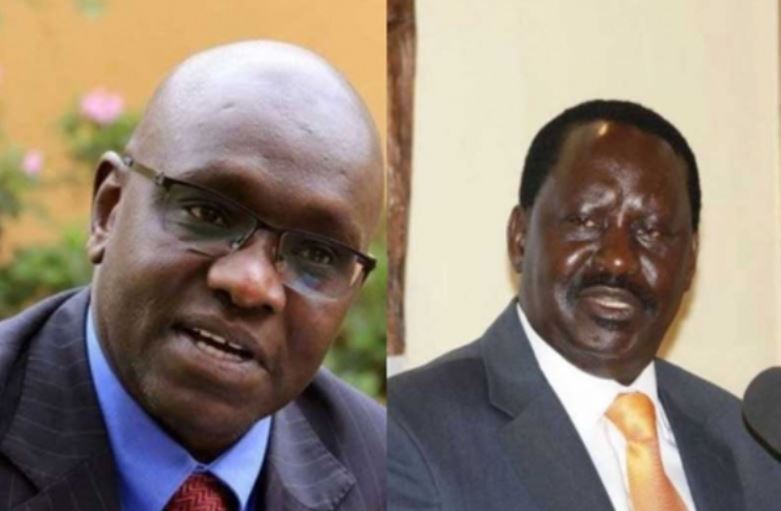 Leading presidential candidate Raila Odinga has played down a petition by Ekuru Aukot seeking to block him from vying in the August polls.

Earlier this month, the one-time presidential aspirant and leader of the Thirdway Alliance Party asked the court to compel the electoral body IEBC to bar Raila, Kazonzo Musyoka, and Musalia Mudavadi from contesting in the General Elections.

He argued that the three leaders are lifetime public servants and cannot resign to run for elective posts as other public officers.

According to Aukot, Raila, Kalonzo, and Musalia are beneficiaries of the Retirement Benefits (Deputy President and Designated State Officers) Act enacted by Parliament in 2015.

But in a preliminary objection, Raila Odinga says Aukot’s petition is premature as it is based on mere suspicion rather than an actual violation of the law.

“The petition is defective both in form and in substance and is therefore unmerited and brought in bad faith, ” reads court papers.

Raila adds that the court is being invited to embark on an academic exercise that is “a waste of precious and scarce judicial time.”

Further, the ODM leader says the petition is incurably defective as the petitioners have not pleaded or adduced any evidence in support of the allegations on the payment of any monies to them.

“As per Article 260 of the Constitution of Kenya, 2010, the 2nd Respondent (Raila) holds no office in the National government, County government, or in the public service. There is no remuneration for the entitled persons at all. They receive an allowance and only when they take up specific official functions which they have the right to reject. Whether or not they reject the official functions for life, they remain entitled persons.

“A retired public officer is not a public officer. The Public Service Commission, therefore, has no jurisdiction over the entitled persons,” Odinga argued through Paul Mwangi and Company Advocates.

It’s a Baby Boy For Singer Evelyn Wanjiru And Hubby (PHOTO) < Previous
Blow For Sonko as Mombasa Residents Ask Court To Block His Governor Bid Next >
Recommended stories you may like: