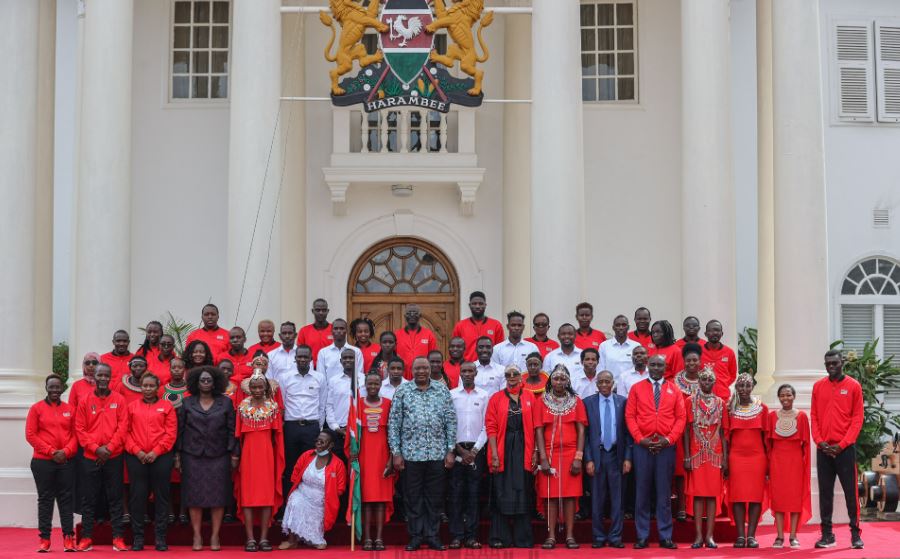 President Uhuru Kenyatta on Tuesday handed over the national flag to the Kenyan team that will represent the country at this year’s Summer Deaflympics in the Brazilian town of Caxias do Sul.

Speaking during the ceremony at State House, Nairobi, President Kenyatta commended the team for proving that in Kenya “disability is not inability”.

The Head of State assured the team of maximum support from the Government as well as all Kenyans, expressing optimism that they will bring pride to the country.

“And as you proceed, proceed knowing that you have the full support of not only your Government but also your fellow brothers and sisters.

“We will be supporting you, we shall be cheering you all the way. We believe and trust that you will bring glory back to your country,” President Kenyatta said.

The President urged the team to be the country’s ambassadors at the Deaflympics, saying they will not only be representing the disabled population but the whole country’s population of 50 million Kenyans.

“You will be out there as ambassadors of every single one of us and how you hold yourself by playing clean, how you uphold your dignity while you are out there and your discipline – all these will reflect not just on you but on your country,” the President said.

At the same time, the President said he was proud of the manner in which Kenya’s sporting capability has developed, citing the international sporting events the country has hosted in the recent past including the IAAF Under-18 World Championships and the World Under-20 Championships.

“Kenya is moving forward. Our rugby teams have performed very well. Our teams at the Olympics – both the disabled category and the abled category – have brought glory to our country,” he said.

He added that the Government is also working towards creating facilities that will continue nurturing the sporting talents in the country.

Sports Cabinet Secretary Amina Mohamed said through the Sports, Art and Social Development Fund, the sports teams that represent the country in regional and international competitions are now well catered for and adequately prepared to fly the national flag with pride and honour.

“This team, which has been in camp since the 4th of April, has received adequate preparation and is ready to break the 2017 record of 17 medals,” CS Amina said.

Besides the usual training for the competitions, the Sports CS said the team has also undergone sensitization on anti-doping, regulations on mental health and media relations so as to enable them to represent the country well.

“We are therefore very very confident, Your Excellency, of posting great results that will cement our place in the world chart as a hub for talent,” the Sports CS said. 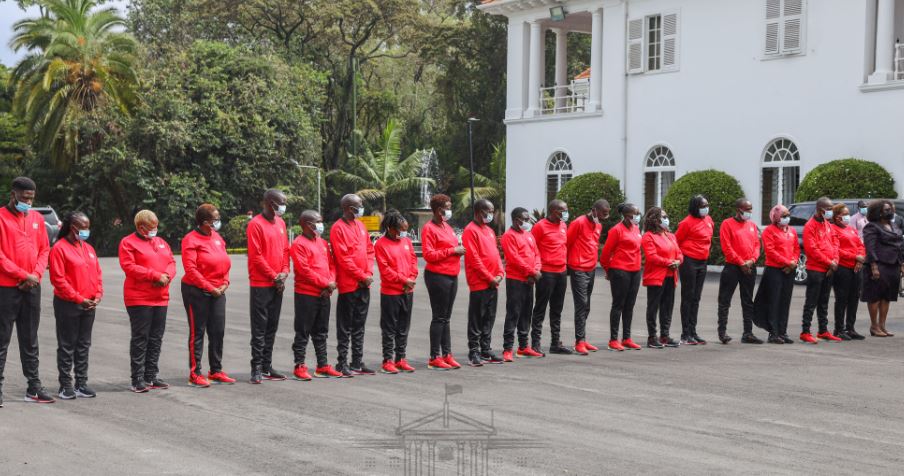 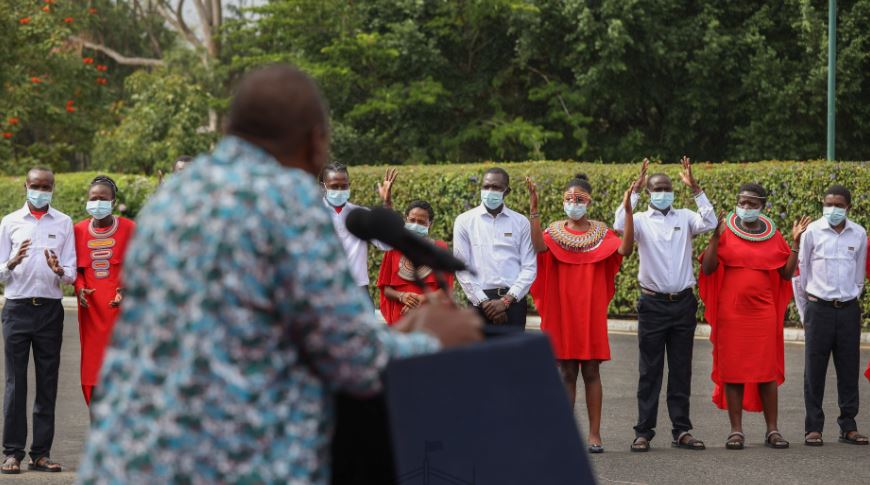 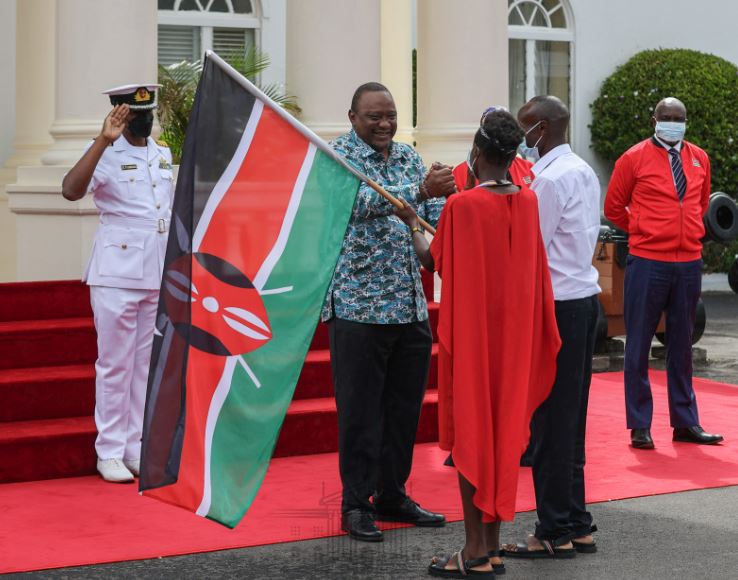 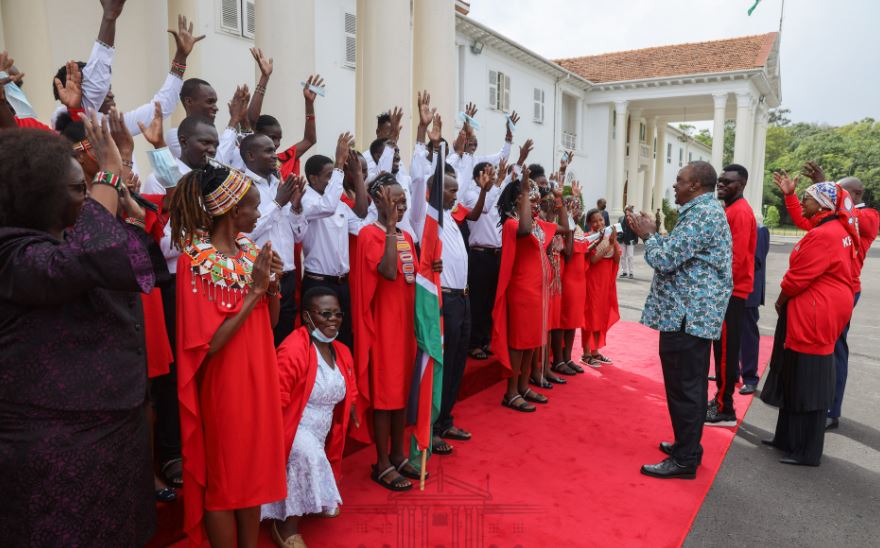 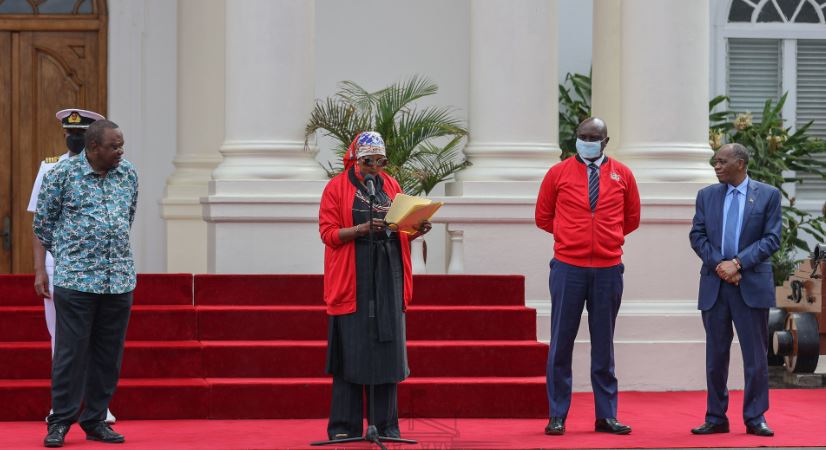