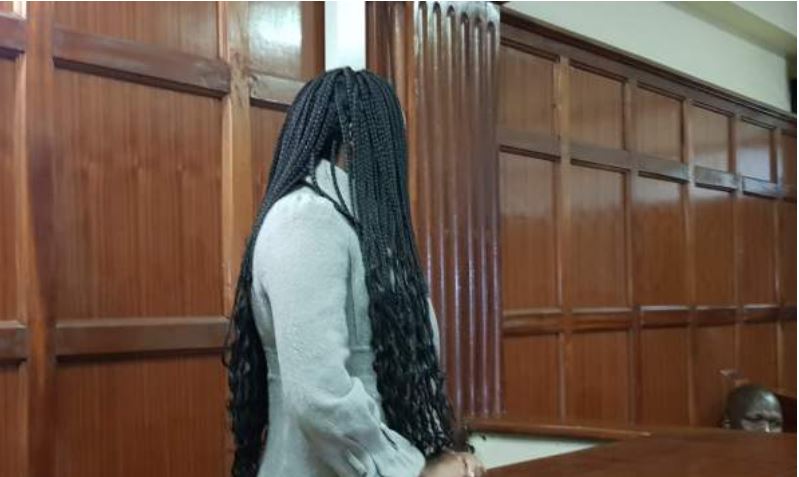 A city woman has been charged with possessing a firearm without a license following a row with a taxi driver in Nairobi.

Stella Waithera Kahigi, 37, was found with the weapon on the morning of Friday, April 8, after an altercation with Japheth Muthui, a Bolt driver.

Prior to the incident, Stella was in the company of a lady friend having alcoholic drinks within Loresho when she hailed a Bolt ride back to her house at Laxman Apartments.

“Japheth Safari Muthui, the Bolt driver, responded to her request and drove the two ladies to the suspect’s residence,” a police report indicated.

Upon arrival, Stella, whose phone was off at the time, disagreed with Muthui on the amount he was charging for the ride.

Reportedly, the driver had an issue with his taxi fare calculator and decided to estimate the cost of Sh210. But Stella felt she was being overcharged and a row ensued.

The accused and her friend then went inside the house on the pretext of charging her phone in order to access the Bolt app to confirm the fare charge. Instead, they locked themselves inside leaving the taxi driver outside.

The taxi driver said he wouldn’t leave without his pay which reportedly irritated Stella.

The accused reportedly went for her firearm in her bedroom and opened a window where the taxi driver was standing and brandished it towards him while ordering him to leave.

Stella later agreed to pay the taxi driver Sh210 as reflected on the Bolt platform but the driver still reported the incident at Gigiri Police Station.

Stella appeared before Milimani Chief Magistrate Wendy Micheni and was charged with possessing a firearm without a license.

She denied the charges and was granted a cash bail of Sh100,000.

Woman Accused of Stealing iPad Says It was Payment for a Night With Foreigner < Previous
Adaptation and Innovation of Tech Trends in the Sports Industry Next >
Recommended stories you may like: