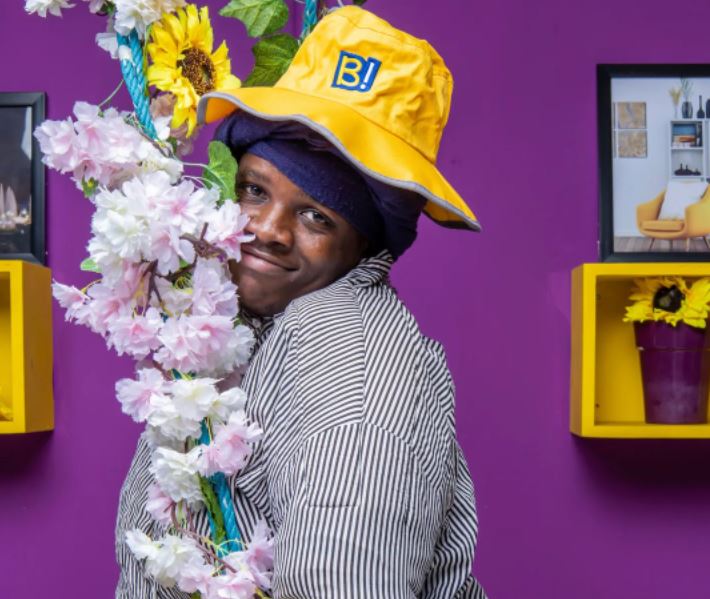 Crazy Kennar, born Kennedy Odhiambo, is undoubtedly one of the most popular content creators in the country. He boasts over 500k subsricibers on YouTube and more than 124 million views.

To achieve this, Kennar runs a team of 11 people. He also owns a restaurant and is pursuing a degree in Actuarial Science at JKUAT.

The online comedian spoke to Citizen Digital about his craft.

In regards to Will Smith slapping Chris Rock at the Oscars, where do you draw the line in your jokes and skits?

I believe comedians are supposed to speak the truth in a funny way. But there are some lines, which are very personal, that you should not cross; very sensitive issues.

People out here now know Crazy Kennar, but how was it like growing up as Kennedy Odhiambo?

It was fun and very interesting because Kennedy Odhiambo is a guy who just enjoys life the way it is. I used to act while my friends filmed. My mother would give me my father’s shirts for me to go and film with. And my father would also raid my mother’s closet and give me her skirts to go shoot with.

Why do you call yourself ‘crazy’? What’s the craziest thing you’ve ever done?

I once ran in town bare chest and shocked even the police officers. When they summoned me I told them I was doing a little skit and they said it was okay.

How do you deal with your creative block?

I just stop whatever it is I’m doing and go to sleep. Then I come back to it the next day because I believe tomorrow will always be a better day.

What is the most amount of money you’ve made in a single day?

I don’t want to be attacked out there, or followed around by neighbours. But I’ve made a good amount of money, ranging from between Ksh.50,000 to Ksh.300,000.

Not necessarily, I would say I’m blessed by God. And I have an even longer journey to go.

You have proclaimed yourself a genius, why is that?

I’m a genius, it’s true because sometimes I create ideas that amaze even me. I spend 90% of my time thinking, even right now I’m thinking about what I’m supposed to do next.

Were your parents supportive of your content creation journey when you were starting out?

Yes, they were. My father would give me fare to come shoot my content in Juja, and my mother would usually give me food to eat in-between the takes.

You post online a lot about the need to fight depression among the youth. Why is that a conversation so dear to you? Have you faced depression at some point?

I have a lot of friends with whom, for instance, if I’m faced with depression, we talk about it and help each other out. Because I believe that when I rise, I need to rise with the people around me.

The first way for somebody to start making it is that you have to be of free mind. If you’re stressed you cannot think well, because I think success starts in the mind; when the mind is successful, then the body will follow.

That’s why I believe we need to fight depression, it is a conversation that I started at Ringa Boys, because charity starts at home, and will be taking to the rest of the country.

Speaking of which, what was your experience going through Ringa Boys Secondary School?

Ringa Boys made Kennar. We have a saying there that if you haven’t gone through NYS, then go through Ringa Boys. That school made me a soldier.

We had one water pump servicing the entire school. That taught me how to survive.

My drama teacher also taught me discipline; we would finish acting at maybe 3 am, then in that morning if he caught you sleeping in class he would still cane you despite the fact that he was the one that kept you up late.

What is your vision for yourself and Tales of the Crazy Kennar as a team?

Then, Tales of the Crazy Kennar will take entertainment to another level. And we will impact people positively. The goal is for all of us to win.

A post shared by Tales of the Crazy Kennar🇰🇪 (@crazy_kennar)

What was the dream behind opening your own restaurant, ‘Instant Delicacies’?

Primarily, I wanted to expand my wings.

Secondly, out of comedy and content creation, I have different friends in different sectors. I just wanted to bring them together by creating employment. Because, when you make some money, the best investment is to put some of it in other people’s pockets.

So I decided to give them the opportunity for them to make the best out of it, I didn’t just want to give them handouts.

Does it annoy you when people compare you to Flaqo?

No, it doesn’t. Why do you think it annoys me?

I feel like all of us are running a different race. I took the baton and started my journey, same as he.

Flaqo and I have actually stayed together and done a few collabo videos. But, at the end of the day, that comparison is always going to be there in order to propel us to grow. It’s positive competition.

How have you managed to stay so scandal-free all this while?

I’m not a ‘fishy’ man, ‘fishy’ people are the ones who have scandals. I’m a straightforward person, sipendi biashara za magendo.

What’s the story behind that bedsitter where you guys shoot most of your content?

That bedsitter has a whole history. We would need not less than 3 hours to discuss it. But that actually used to be my house, I stayed there for a while.

And now? Does somebody stay there or do you pay rent for it just for the purposes of shooting?

How would you advice somebody who wants to invest in YouTube? How well does it really pay?

YouTube pays depending on viewership, subscribers, and the amount of adverts. You could have a million views but nobody is advertising on your channel.

The best way to earn from YouTube is to create content that can attract advertisers. YouTube has direct advertisers; whereby you’ll wake up today and find, say, Alibaba advertising on your video.

Then there is also partnership; where somebody, or a brand, approaches you to make content tailored for them, or advertise for them.

Talk to us about your love life.

Career Path With Editor-In-Chief at African Real Estate Blog Post (A-REBP) < Previous
How I Rose From Intern at NCBA Bank to Country Director of Digital Opportunity Trust (DOT) Next >
Recommended stories you may like: