Bishops to Offer Counseling to Losers in August Election 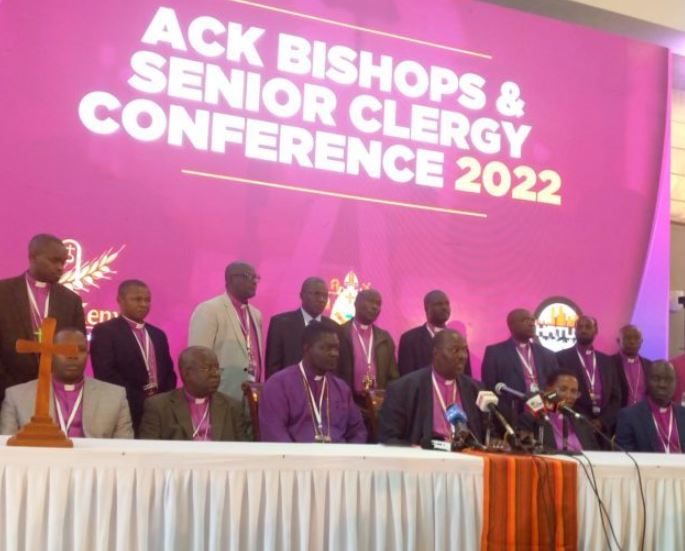 The Anglican Church of Kenya has offered to counsel losers of the August 9 General Election.

Speaking in Nairobi during a conference with bishops and senior clergy, ACK Archbishop Jackson Ole Sapit said the church will offer counseling to both losers and winners as part of efforts to speed up the healing process after the polls.

He called on the Independent Elections Boundaries Commission (IEBC) to put in extra measures to ensure free and fair elections.

“We note that in any election, there will be winners and losers. As a church, our clergy have also been sensitized to offer counsel to aspirants of all persuasions, and support both losers or winners in counsel and a healing process during and after the electioneering period,” Archbishop Sapit said.

During the three-day conference, the clergyman said religious leaders from all over the country prayed for the nation.

They also discussed the upcoming election and national issues and explored how they can offer godly guidance to Kenyans in the period before, during, and after the elections.

“After deep reflection and prayer, we discussed several issues of national concerns including the forthcoming general election, level of preparedness by concerned agencies, the high cost of living, extremely high cost of fuel, the security situation in the country, and national values,’’ he added.

Ole Sapit also raised concerns over rising cases of incitement and violence in different parts of the country during campaigns and party primaries.

He also implored political leaders to shun violence while on the campaign trail.

“We advise that all aspirants should promote peace at all times. They must not use the youth to cause violence during and after the election,” he said.

The clergyman said the ACK church will conduct a sustained, targeted civic education during the campaign period.

During the conference, the ACK also launched a civic education resource booklet that will be used by churches and church workers to inform, empower and sensitize their congregants to make informed choices.

Free Lunch For All Pupils in Nairobi If Elected Governor, Sakaja Promises < Previous
Everything Trending in Nairobi This Thursday Next >
Recommended stories you may like: