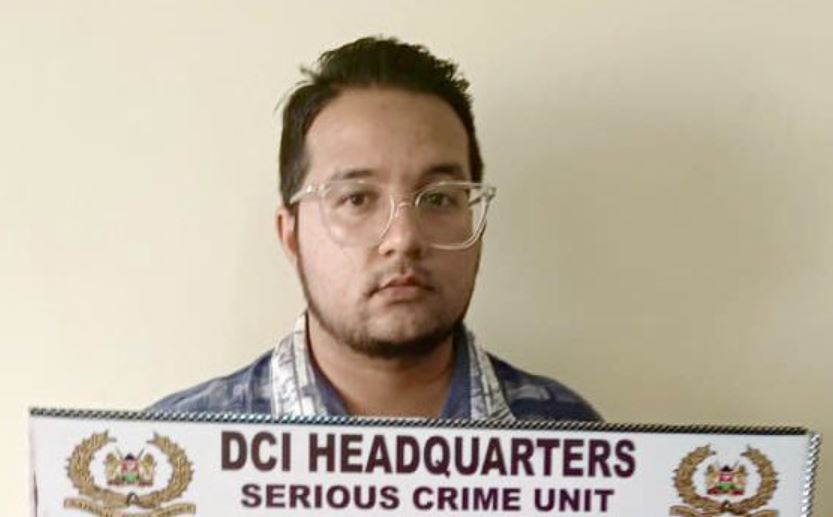 Serious crimes detectives attached to the Directorate of Criminal Investigations(DCI) in Nairobi have arrested a suspected fraudster for trying to sell an apartment that does not belong to him.

Hussein Fakhruddin Mohammedbhai, 29, was arrested some minutes before he signed the deal to sell an apartment in Westlands.

The DCI said the suspect was selling the 3-bedroom all ensuite apartment worth over Sh40 million at a throw-away price of Sh11 Million.

Forensic document examination and handwriting experts based at the DCI National Forensic Laboratory established that Mohammedbhai had forged a title deed certificate for the property and entered into a deal with a real estate company to sell the property on his behalf.

However, the property’s owner got wind of the dubious deal and contacted serious crimes detectives leading to the suspect’s arrest.

Detectives also established Mohammedbhai is a serial fraudster who had earlier obtained about Sh9 million in a similar scheme.

Mohammedbhai is currently in custody for the offence of obtaining money by false pretences and shall take plea at the Kiambu Law Courts, on Friday, March 18.

Any person who may have been defrauded by the suspect is urged to report to DCI’s Serious Crimes unit. 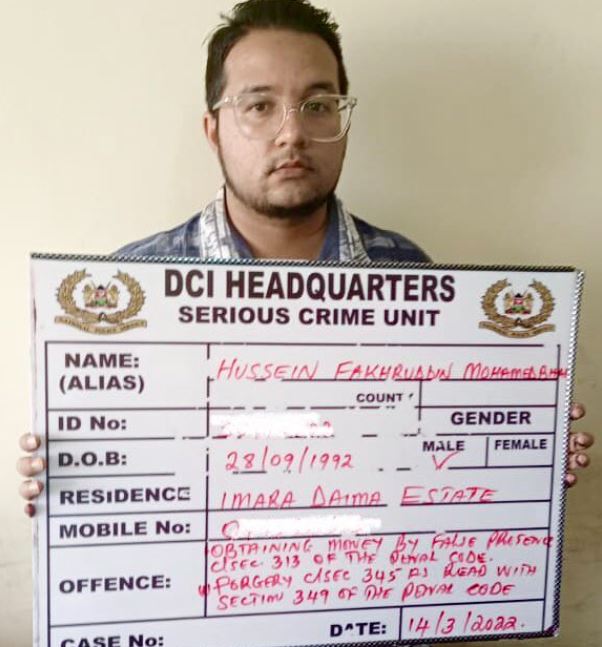