Nobody is Being Forced to Join Azimio, Raila to OKA 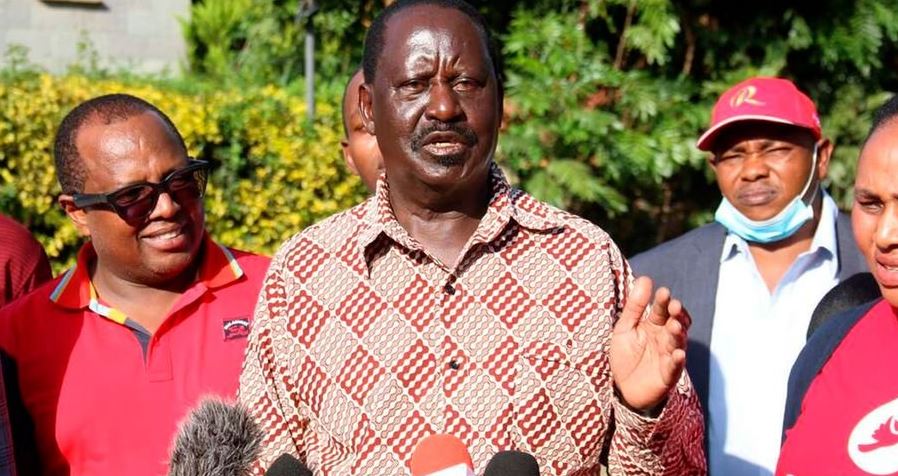 Former Prime Minister Raila Odinga says One Kenya Alliance leaders who are undecided about joining Azimio La Umoja should stay away from the delegates’ meeting on Saturday.

The ODM leader said nobody was being forced to join the coalition, in reference to the hard-line stance taken by Wiper party leader Kalonzo Musyoka.

According to media reports, ODM sources intimated that Raila has given up on talks with Kalonzo Musyoka and has left the matter to President Kenyatta to handle.

“We’re not expecting any guests. What will happen is that there will be forms that willing parties ready to work with Azimio will sign,” Odinga said.

Okiya Omtatah in Court to Block ‘Corrupt’ Politicians From 2022 Elections < Previous
‘We Must Safeguard Women’: Uhuru On Rogue Boda Boda Riders Next >
Recommended stories you may like: