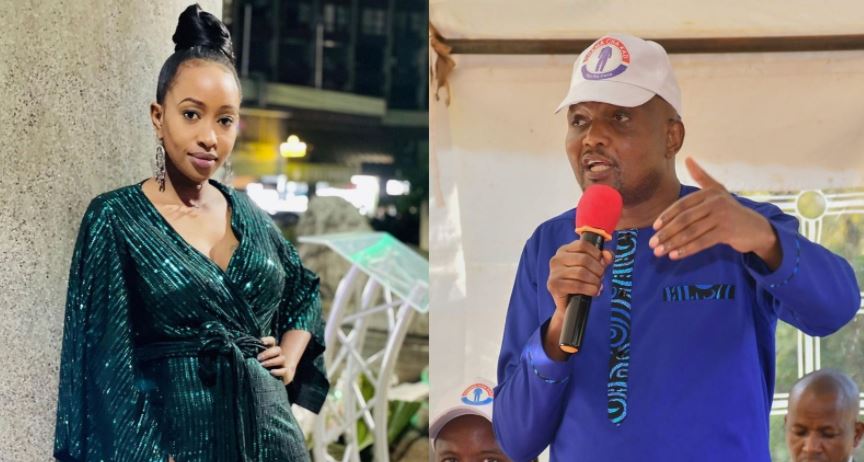 On Thursday, Kenyans were taken by surprise when it emerged that Moses Kuria had approached celebrated media personality Janet Mbugua to be his running mate for the Kiambu governor race.

The firebrand politician made the revelation while lamenting that the former Citizen TV news anchor had turned down his offer.

Moses Kuria claimed Janet Mbugua was the top candidate among his choices for a deputy.

“I am shattered. After scoring the highest marks in the talent search for Kiambu Deputy Governor, Janet Mbugua will not be taking up the job due to unforeseen personal emergencies that she has to attend to in the immediate term,” the Gatundu South MP wrote on social media.

“My administration will definitely find a way to benefit from @OfficialJMbugua experience and capacity in the future. I feel the loss. Janet is a huge inspiration for the youth, for professionals, for women and for young mothers of this country,” he added.

Some observers found it hard to believe Moses Kuria’s claims, given the unusual partnership the two would make.

However, Janet Mbugua later issued a statement confirming the offer and explaining why she turned it down.

“Thanks Moses Kuria for considering me capable to serve Kiambu County as Dep Gov. Indeed, active engagement in politics isn’t for me at the moment,” she tweeted.

Janet Mbugua however said she is willing to support any cause for the betterment of society.

“I remain available in support of quality service to the good people of Kiambu & all of Kenya, more so vulnerable women & girls,” she said.

Man Kush Challenges Kenyan Husbands To Pay Their Wives For House Work < Previous
Chimano on Having Kids, “It’s Not a Badge of Honour” Next >
Recommended stories you may like: