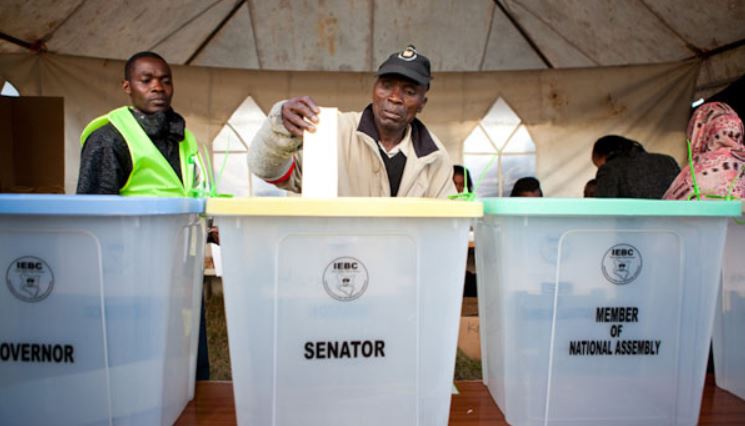 The government will not compel Kenyan voters to produce a Huduma Card to vote in the August 9 General Election,  Interior Principal Secretary Karanja Kibicho has said.

PS Kibicho spoke when he appeared before the National Assembly Committee on Administration and National Security on Thursday to discuss Huduma Number Bill 2021.

The Bill which was introduced to Parliament on December 15, 2021, proposes amendments to the Election Act 2011 to allow the electoral body IEBC to use information from the Huduma database of the National Integrated Identity Management System (NIIMS) to compile and update the voter register.

“There’s no intention to insist on the use of Huduma Card to vote in the general election. The Bill does not intend to abolish Immigration, Civil and National Registration bureaus as claimed,” Kibicho stated.

“Rather, the Bill intends to harmonise the activities of these departments that essentially rely on the same information.”

Kibicho also rubbished claims that Huduma Namba will be used to rig the elections.

“We are not using Huduma Namba to register Kenyans. The documents required are defined by the law. These are the national identity card and a recent or valid passport,” he said.

Kibich defended Huduma Namba saying it is integral to cleaning up the existing government database on registration that has been infiltrated by unscrupulous individuals and criminals,

“Huduma Bill is not proposing to collect any new data but rather consolidating information that is already gathered by various government departments and agencies. This will also negate the need for expensive biometric registration by various state depts as is currently the case: NRB, IEBC, NHIF, NTSA, Immigration.

“What the Bill proposes is in line with global trends, and has successfully been achieved by Ghana and Estonia, among other countries,” the PS said.

Family Awarded Sh435,433 For Relative Killed In Road Accident < Previous
Boost for Agnes Kagure as Health Workers Endorse Her for Nairobi Governor Next >
Recommended stories you may like: