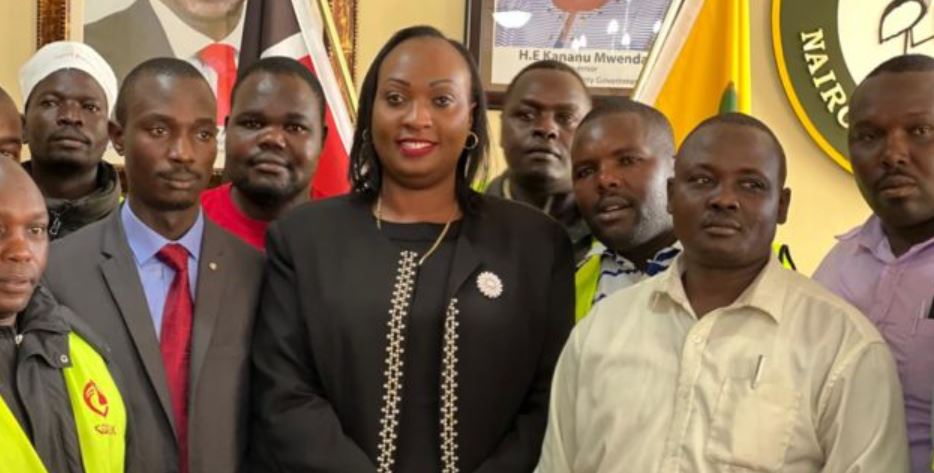 Nairobi County Governor Ann Kananu has announced a raft of measures aimed at restoring sanity in the bodaboda sector.

One of these measures will require bodaboda riders to wear different colors for each of the 17 sub-counties in the Capital city.

According to Kananu, this will help curb the recent crime upsurge in the sector.

“Tumekaa chini na chairman wa boda boda in Nairobi and we have to work together to restore sanity in the county,” Kananu said Thursday during a consultative meeting with boda boda chairpersons at City Hall.

“We have agreed that they will be organized and are going to give each sub-county a different colour; so that wale wako CBD tujue ni wa CBD, wale wa Kibera tujue ni wa huko na wale wa Roysambu tuwajue,” the governor explained.

Kananu said her administration will work with police to weed out criminal elements posing as riders.

“Niko na hakika kuwa kuna watu wanakuja wanapose as if they are bodaboda riders lakini ni wezi. We are going to work together with National Police Service so that we get those people arrested,” she said.

“Discipline is key in the sector and I am confident that going forward we will work well with them and I have given them one week to put a committee that will work and give feedback so that we will be able to differentiate between the riders and the wakora,” added Kananu.

The Nairobi governor also announced bodaboda stakeholders had resolved to register in Saccos.

“They have also agreed to register in SACCOs which we as the county tutawasaidia kwa biashara yao kidogo kidogo,” she said.

“We have looked into the future of boda boda since they are our brothers and sisters and we also need to take care of them.”

Governor Kannau at the same time directed the city inspectorate to release all impounded motorcycles.

“I have issued an executive order to the city inspectorate to immediately release motorcycles whose owners are petty offenders who have legit papers for operating,” she said.

Police Recruits to be Fined Sh1.2m For Leaving Service Before 10 Years < Previous
Last Chance: Millions Have Already Been Healed at Pastor Chris’ Healing Streams Session Next >
Recommended stories you may like: