Police Recruits to be Fined Sh1.2m For Leaving Service Before 10 Years 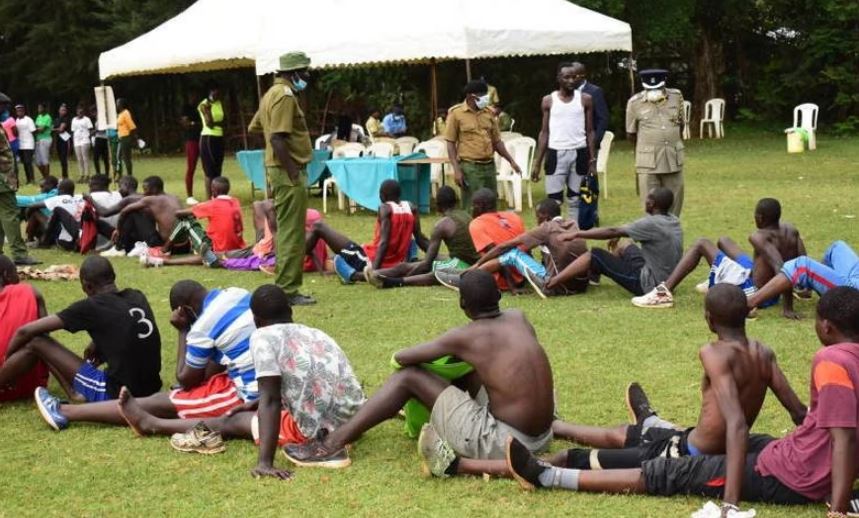 Recruits who join the National Police Service and decide to resign before serving for ten years will be required to pay the government Sh1.2 million.

Speaking during a pre-recruitment clinic and youth career guidance in Kerugoya, Police commissioner Naftaly Rono said the fine was introduced to compensate the government for the investment in the training of the recruits.

According to Rono, recruits must be motivated by passion to join the Police Service.

At the same time, Rono urged those with medical conditions to keep off the rigorous recruitment exercise.

“We have lost recruits during training period due to undisclosed illness, if there is any recruit with underlying issues, let him keep off since their lives are more important than this job,” Rono said.

The National Police Service Commission is expecting at least 5,000 recruits to join the police service.

Commissioner Rono said they will admit both females and males, unlike last year when they blocked out women from the recruitment.

“Last year we did not have a single slot for women, the reason was that we needed men who would join the General Service Unit (GSU), Rapid Deployment Unit (RDU) and the border patrol unit,” Rono explained.

The recruitment exercise of police constables is set for March 24.

This is What’s Trending on Social Media Today < Previous
Governor Kananu: Boda Riders in Nairobi To Wear Different Colours Next >
Recommended stories you may like: