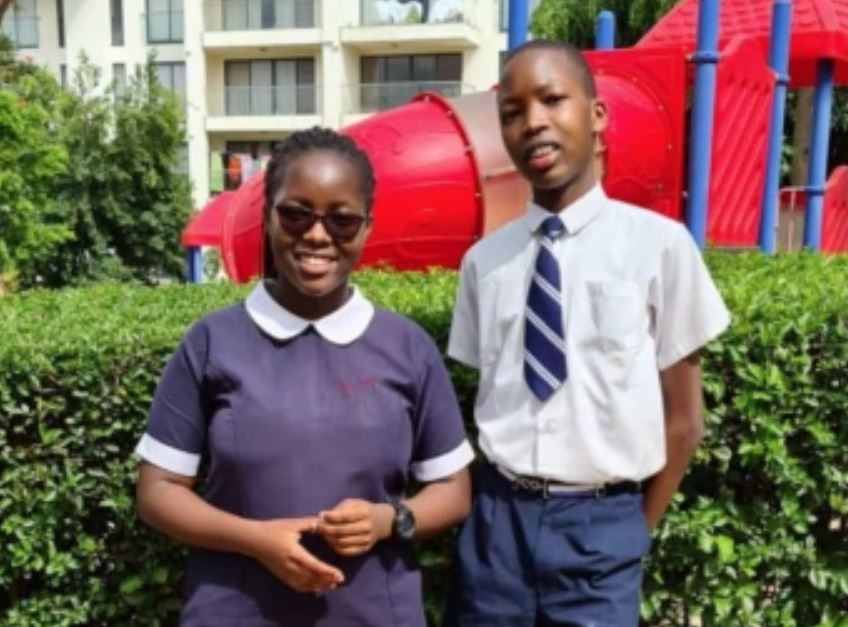 Like most KCPE results from previous years, the 2021 results have produced twins with the same marks.

While such instances are usually reported among identical twins, this year has fraternal twins Bett Lindsey Kiprotich and her brother Bett Lee Kiprotich.

The candidates sat their KCPE  at Mountain View School in Nairobi and scored 414 marks out of 500.

Surprisingly, this was the first time they had tied in an exam, with Lindsey usually beating her fraternal brother.

“I used to be on top of him in class. When these results came, I was actually in shock, we have never even tied in class but I am happy by the results,” Lindsey said.

She said they only used to tie in Mathematics.

Interestingly, in the KCPE exams, Lindsey and Lee both scored 85 in Mathematics.

Bett Lindsey scored English 86A, Kiswahili 82A, Mathematics 85A, Science 76A, Social Studies and Religious Studies 85A.

Bett Lee scored as follows; English 89A, Kiswahili 85A, Mathematics 85A, Science 75A and Social Studies and Religious Studies 80A.

Why MPs Have Rejected Free Milk For School Children < Previous
Boni Khalwale’s Daughter Impresses in KCPE Exams Next >
Recommended stories you may like: