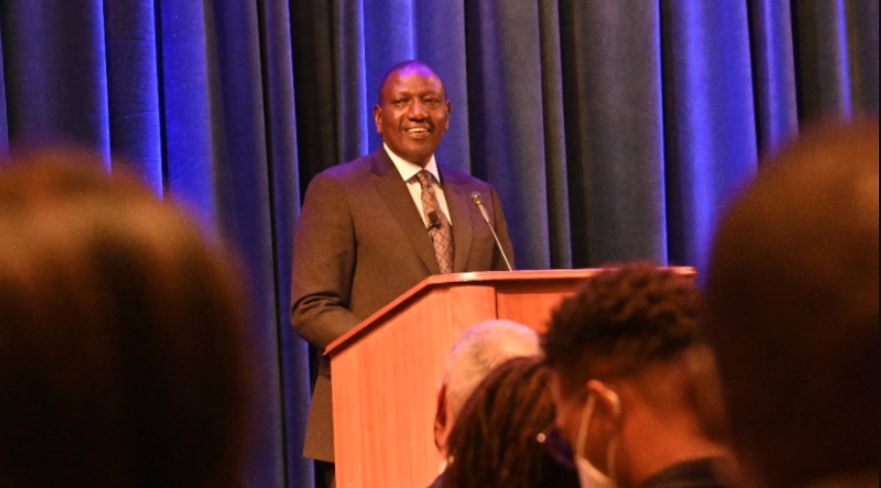 Speaking at the Karson Institute for Race, Peace, and Social Justice at Loyola University in Baltimore, Maryland on Wednesday, DP Ruto termed the alleged racism as mindboggling.

“It is said that injustice anywhere is a threat to justice everywhere, so whatever is happening whether in Ukraine or in any part of the globe is a source of concern for all of us,” he said.

Earlier this week, Kenyan Ambassador to the UN Martin Kimani also condemned the widespread reports of racism, segregation, and abuse.

“In the unfolding emergency, there have been disturbing reports about the racist treatment of Africans and people of African descent seeking to flee Ukraine to safety. The media is covering these appalling incidents and several states have confirmed that their citizens are suffering such treatment. We strongly condemn this racism and believe that it is damaging to the spirit of solidarity that is so urgently needed today.

“The mistreatment of African peoples on Europe’s borders needs to cease immediately, whether to the Africans fleeing Ukraine or to those crossing the Mediterranean,” Kimani said during a meeting at the UN HQ in New York City Monday.

Boniface Mwangi “Disrespected” By Questions About Juliani, Lillian Ng’ang’a < Previous
Househelp Jailed for Life for Sexually Abusing Boy, 4, and Filming the Act for Sale Next >
Recommended stories you may like: