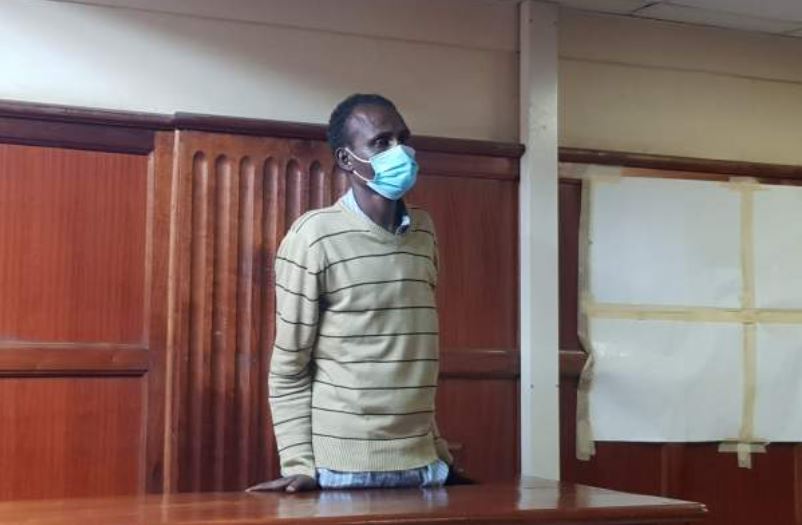 A 47-year-old man accused of stealing from a senior police officer was arraigned at Milimani Law Courts in Nairobi.

Shukri, the Officer Commanding Suguta Police Station in Mar Mar, Samburu county, was in Nairobi for official duties when he lost the phones.

The court heard that the accused committed the offence on February 27, 2022, at a bus stop along River Road in Nairobi.

“You are charged that on February 27, 2022, at Tahmeed bus stage along River Road, you stole two mobile phones make Tecno and Nokia valued at Ksh30,000; the property of Adan Shukri,” the charge sheet read.

A police report indicated that police officers from Central Police Station were on normal patrol when they came across a suspected thief who had been arrested by members of the public.

The suspect was found in possession of two mobile phones, whose details were retrieved and the owner contacted by the investigating officer.

“He was contacted and confirmed that his private phone and his national telecommunication service phone had been stolen in a police Land Cruiser at Tahmeed stage while booking a ticket to Kwale on official duty and had reported the matter at Central Police Station,” the report read in part.

Appearing before Senior Principal Magistrate Bernard Ochoi, the accused pleaded guilty. Noor further pleaded for leniency arguing that the devil made him do it.

“Mzee, I pray for forgiveness. It’s Satan who led me to the police Land Cruiser and told me to steal the phones,” he confessed.

The magistrate released the phones to the OCS and ordered a pre-sentencing report to be filed in court by March 4, 2022, before sentencing the suspect.

Zari – I Like Diamond Now More Than When We Were Lovers < Previous
Road Closure Alert: Section of Eastern Bypass Closed For Two Months Next >
Recommended stories you may like: