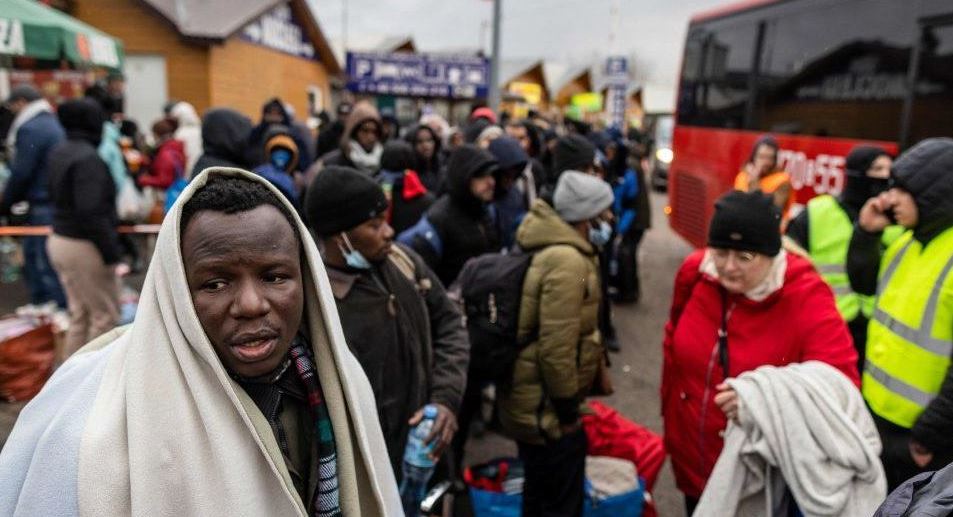 The Ministry of Foreign Affairs says 79 Kenyans have been evacuated from Ukraine in the wake of the Russian military invasion.

The government said it had negotiated for unrestricted entry of Kenyans into the neighbouring EU states, a request that was honoured by Poland, Slovakia, Hungary and Romania.

As of February 28, 74 Kenyan students had crossed into Poland with two more in Romania and two in Hungary.

The Ministry said those in Poland were in Warsaw, Krakovets, and Katowice.

One student has already returned to the country, while four others declined to be evacuated from Ukraine citing personal reasons.

“Members of this group include members of the Kenyan diplomatic corps in various neighboring countries, officials from Ministry of Foreign Affairs, Nairobi, and student leaders. The objective is to ensure quick communication to handle the unprecedented situation in Ukraine,” a statement from the Ministry reads.

“Kenya’s Honorary Consul in Kiev is coordinating the evacuation of Kenyans.  Kenyans who are still stranded are encouraged to contact our Honorary Consul on +38 044 229 79 13 or on email at [email protected]”

The government had negotiated for unrestricted entry of Kenyans into the neighbouring EU states, a request that was honoured by Poland, Slovakia, Hungary and Romania.

“We wish to inform you that so far all registered Kenyans in Ukraine are reported safe,” the Ministry said.

Road Closure Alert: Section of Eastern Bypass Closed For Two Months < Previous
Nairobi Man in Court for Impersonating Cop to Solicit Sex from Sex Worker Next >
Recommended stories you may like: