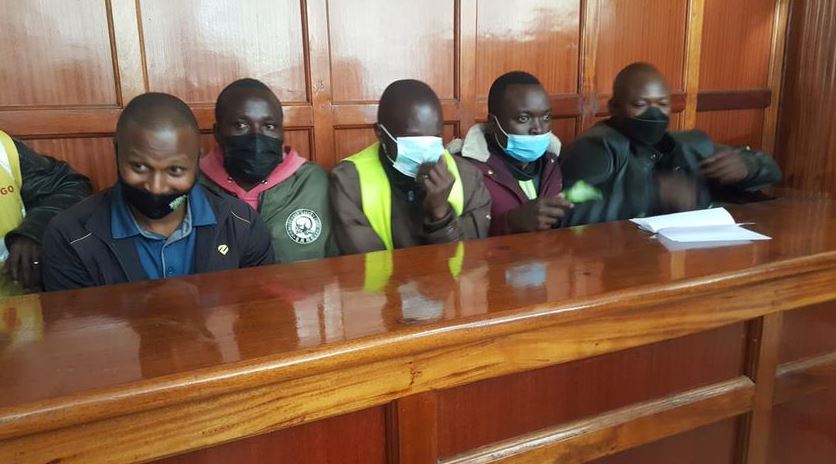 At least 200 bodaboda operators in nairobi have been fined Sh35,000 each for flouting various traffic rules.

The first batch of bodaboda riders was arrested Monday evening hours before President Uhuru Kenyatta ordered a nationwide crackdown against them.

Traffic police officers drove lorry loads of the riders into the Milimani law courts precincts between 9 am and 11 am.

They were detained at the basement cells before being presented before Senior Principal Magistrate Esther Kimilu.

The bodaboda operators were led into the courtroom by court orderlies in groups of 50. Some of the charges included obstruction and driving their motorbikes along the pavements in Nairobi.

Most of the riders admitted the charges and pleaded for leniency, with some saying that, “It was their first time to be arraigned in court.”

Ms Kimilu imposed a fine of Sh35,000 or serve a month in jail for default.

A rider who denied the charges of obstruction and driving along the pavement was released on a cash bail of Sh40,000. The case will be mentioned in two weeks for further directions.

Saumu Sonko – We are Co-parenting Well with my First Baby Daddy < Previous
Okiya Omtatah in Court to Block ‘Corrupt’ Politicians From 2022 Elections Next >
Recommended stories you may like: