Why Joho’s Wife Has Filed For Divorce 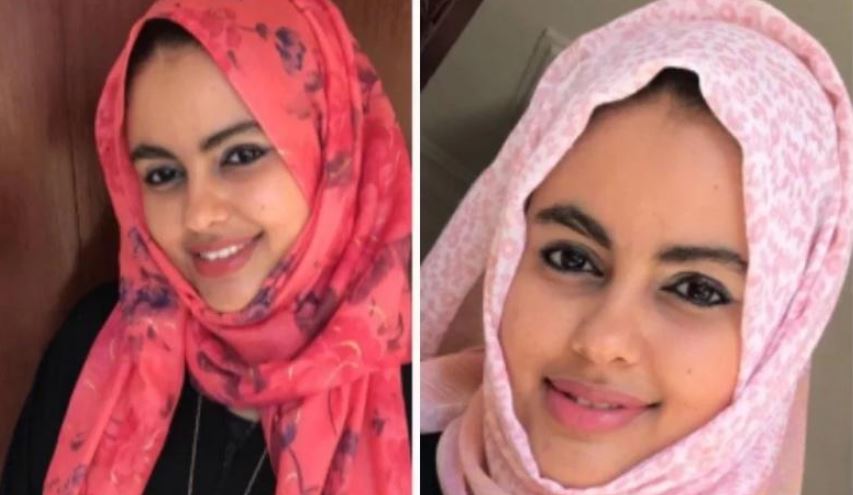 In papers filed at Kadhis’ Court in Mombasa on January 26, 2022, the 30-year-old says her marriage to Joho is broken beyond repair due to irreconcilable differences.

Madina, who is born of an Italian father and Somali mother, further told the court Joho moved out of the matrimonial home in 2013 leaving her with their two children aged nine and eight years.

Noting that they are still legally recognised as man and wife, Madina Fazzini said she lived in their matrimonial home until September 2020.

She indicated there is no hope or possibility of reconciling with Governor Joho.

“I am clear and unequivocal that our marriage has broken down irretrievably with no chance of revival given we have both moved on over the years.

“Since the respondent Joho moved out of our matrimonial home in June 2013, the substance of our marriage has dissipated and has no basis to be sustained from a legal and social standpoint,” Madina notes.

She also attached all the relevant documents; a marriage certificate and birth certificates of their two children.

Madina Fazzini prays that the marriage is dissolved and seeks any other or further relief the court may deem fit to grant in the circumstances.

Governor Joho has 14 days to respond. 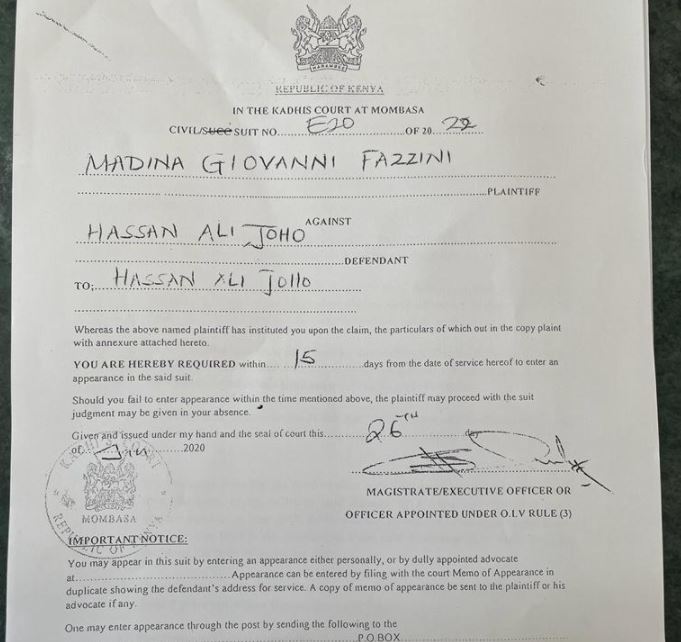 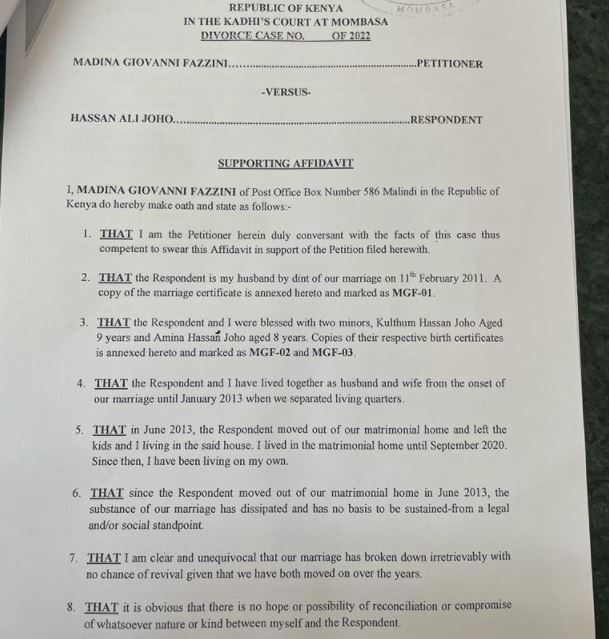 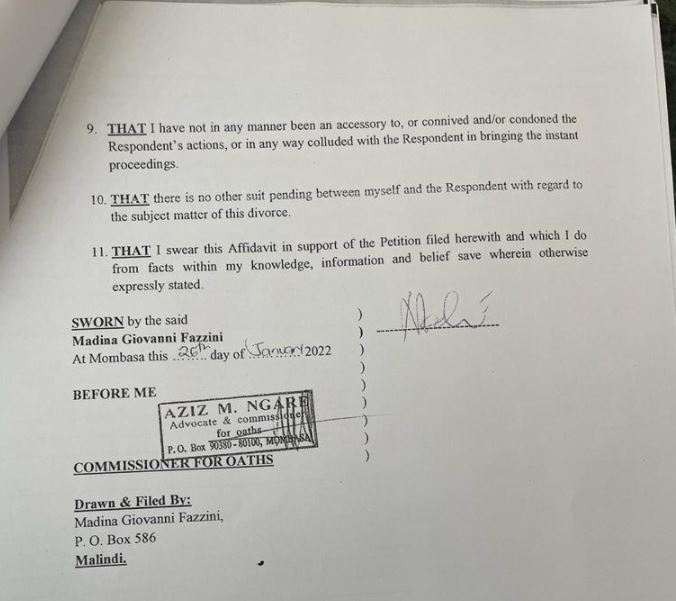 Ethiopia Demands Answers on Whereabouts of Businessman ‘Abducted in Nairobi < Previous
Alexandre De Meyer: Biography and Everything You Need To Know About Danielle Colby’s Ex-Husband Next >
Recommended stories you may like: