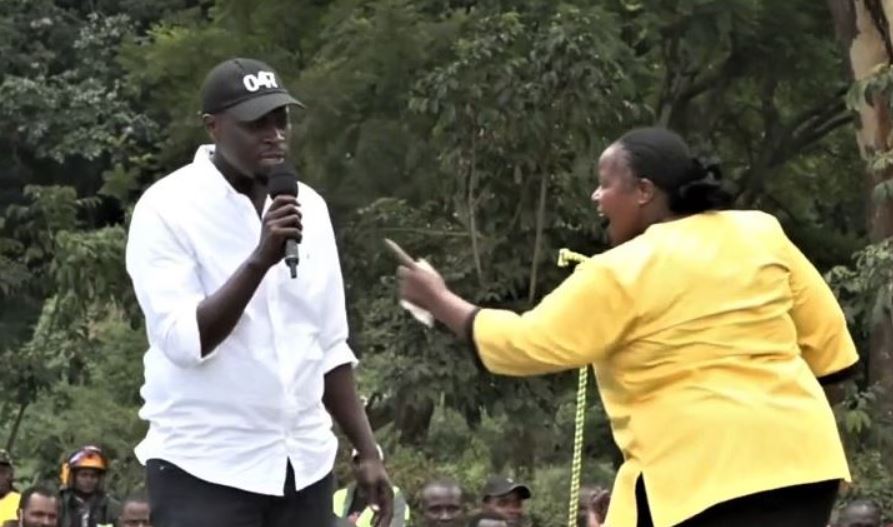 Nairobi Governor hopefuls Senator Johnstone Sakaja and Bishop Margaret Wanjiru were on Tuesday involved in a public spat at a political rally in Nairobi.

Trouble started after the crowd jeered at Wanjiru as she addressed Nairobi residents at City Park in Parklands.

Sakaja then cut short her speech before she could finish selling her candidature, with Wanjiru accusing the Nairobi senator of inciting the crowd against her.

“I deserve respect, we are both leaders here in Nairobi,” Wanjiru said as she confronted Sakaja.

In his response, Sakaja dismissed Wanjiru’s allegations and faulted the crowd for frustrating Wanjiru.

“Everyone has a right to be listened to, please let’s stop this,” Sakaja said.

He added: “You have really embarrassed me. As Kenya Kwanza, we should give every person in our team the chance to speak. When you are annoyed with the music playing on the radio, you do not destroy the electronic, you change the station. If you do not like what a person is saying, just be quiet.”

Sakaja and Wanjiru are both members of the Kenya Kwanza Alliance; the senator is allied to Mudavadi while the clergywoman is in William Ruto’s UDA.

A video shared online shows an agitated Wanjiru confronting Sakaja as she stepped down from a makeshift dais.

Tabitha Karanja: Why I Joined Ruto Over My Friend Raila < Previous
Uhuru Calls On World Bank to Support Kenya’s Private Sector Next >
Recommended stories you may like: