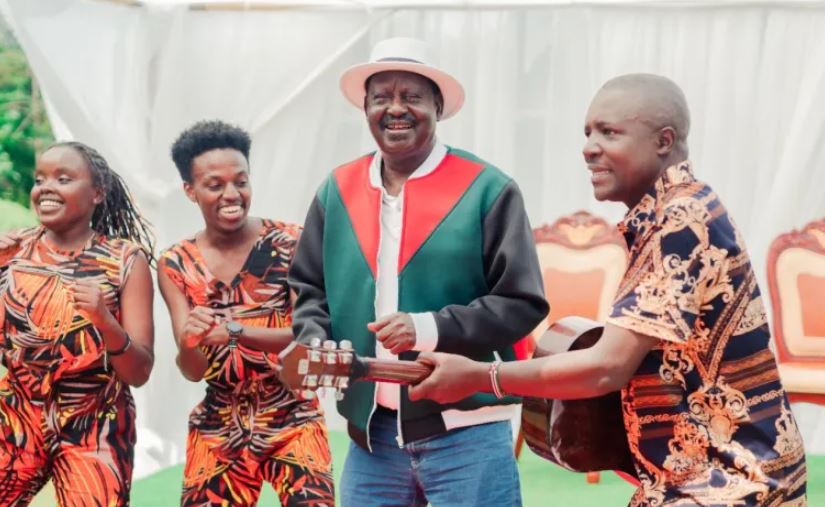 Dubbed ‘Leo ni Leo’ the track is a remix of the original by Benga composer, instrumentalist and singer Emmanuel Musindi.

Musindi and Raila premiered Leo ni Leo remix on YouTube on Tuesday, much to the delight of fans who could hardly wait any longer. In just four hours after its premiere, ‘Leo ni Leo’ had garnered 42,500 views.

In the three-minute and 17 seconds video, Raila performs alongside Musindi and a host of dancers.

This is What’s Trending in Nairobi Today < Previous
Uhuru’s Directive to Govt Officials As He Woos Gulf Investors To Kenya Next >
Recommended stories you may like: