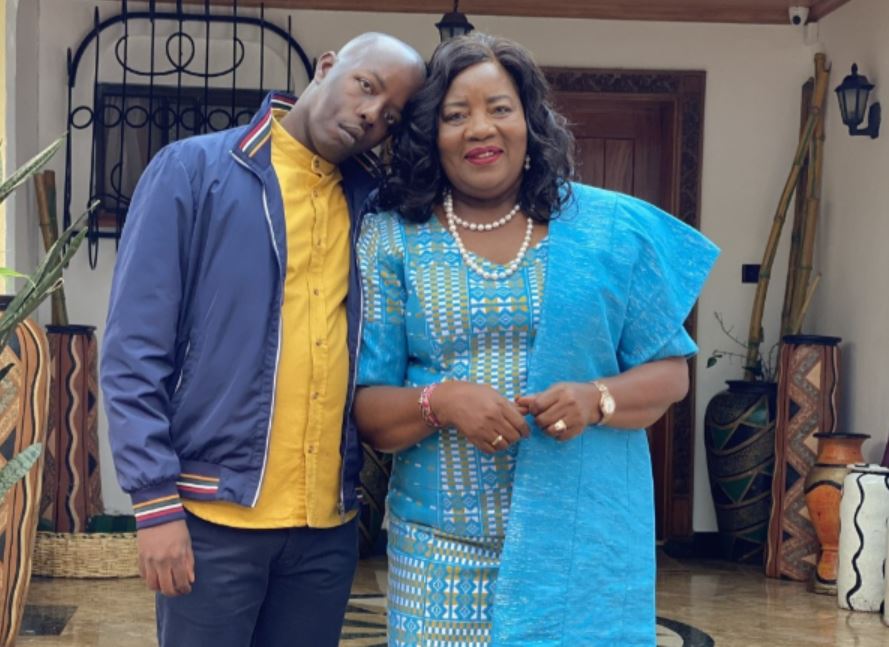 Raila Odinga Junior has thrown his weight behind his mother Ida Odinga in the wake of a backlash over her remarks about the church.

Speaking during the launch of the Christian Book by Archbishop Emeritus Habbakuk Onyango Abogno at the Church of Christ in Kisumu County on Saturday, Ida Odinga called for churches to be regulated.

Mama Ida called on the National Council of Churches of Kenya (NCCK) to regulate the establishment of churches in Kenya, noting that many small churches had cropped up and they were not effective because their leaders are not been trained.

“We want Kenyans to subscribe to religions that are formally registered and not those whose belief systems are commodified. It is also important that we conduct training for all those who minister the word of God,” Ida said.

Her remarks drew mixed reactions, with some members of the church criticizing her.

However her son Raila Junior saw nothing wrong with the remarks saying she was misquoted.

“I support mama Ida Odinga because she’s my mum. Personally, I find nothing wrong with what she said #misquoted #NothingMoreNothingLess,” Raila Jnr tweeted.

“It has come to my realization that my comments haven’t sat well with some members of the church.  I sincerely apologize for the discomfort caused as I meant no harm to any person.

“I wish to this morning withdraw the statement I made to NCCK to regulate the churches under them in order to promote consistency and relevance in messaging for promotion of evangelism in Kenya,” Ida said in a statement.

“I also wish to state that my position on the training of preachers was also blown out of context by the media reports circulating online.

“As a committed believer in Jesus Christ, I understand that preaching is a calling and anyone can be touched to administer the word of God.

“This is a fact I have appreciated for a long time and I have sat and listened to many preachers eloquently and diligently deliver life-changing sermons,” Ida said.

Terryanne Chebet Recounts “Horrid memories” in the Newsroom < Previous
Ababu: Why I’m Not Running for Any Seat in August Next >
Recommended stories you may like: