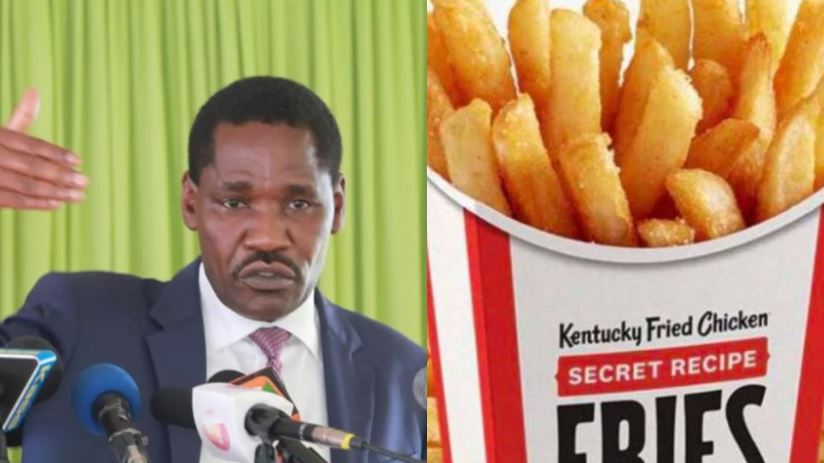 The agreement comes weeks after the fast-food chain announced it had run out of potatoes to make their fries. A public uproar followed after Kenyans on social media learnt that KFC sources potatoes outside of Kenya.

Speaking Wednesday during the 4th intergovernmental Forum for Agriculture, Peter Munya said an agreement has been reached between KFC and local potato farmers.

“We have actually agreed with KFC to work together. They have identified the people they want to work with to start rolling out particular varieties that they require and they have partners who do it the way they want it done and I think there is a team already working on the rollout,” CS Munya said.

“We met and told them to tell us what variety they want and since it is available, we will make arrangements for seed multiplication so that by June they will be sourcing potatoes from us.

“We have come up with a plan on how to grow those particular varieties that KFC requires and to ensure that we have varieties that please the palate of those interested in KFC chips.”

The Minister mentioned this does not mean locally grown varieties do not make good chips.

Raila Likens DP Ruto to a Monkey over Jacaranda Chaos < Previous
Watch: Simba Arati’s Asian Wife Wows Crowd with Mastery of Gusii Language Next >
Recommended stories you may like: