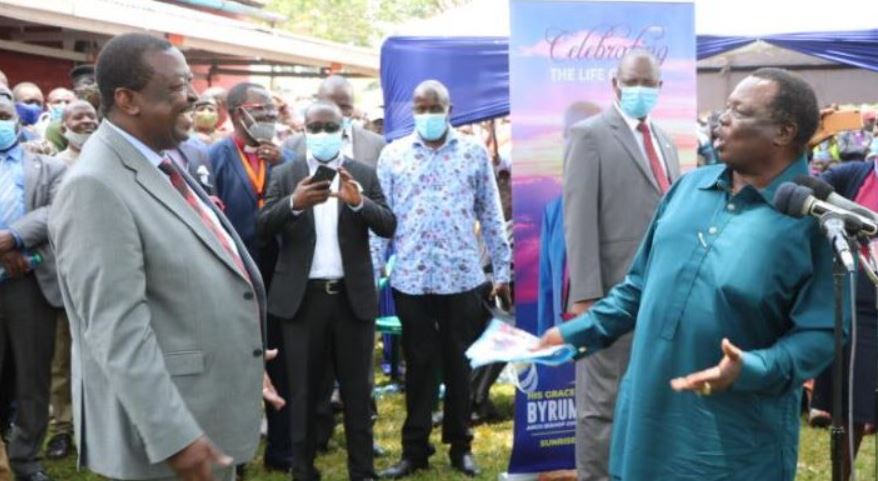 The Central Organization of Trade Unions (COTU) Secretary-General Francis Atwoli has hit out at Musalia Mudavadi over his political pact with Deputy President William Ruto.

Dismissing Mudavadi as a traitor, Atwoli said any aspirant seeking office in the Western region should avoid associating with the ANC leader.

According to Atwoli, Musalia and his allies have contracted ‘political Ebola’ and should not be elected to office.

“I would like to remind Kenyans that anyone associating with Musalia in western Kenya will NOT be elected in the region come August because such characters will be assumed to have contracted political Ebola and thus the voters will give them a wide berth,” Atwoli said on Monday.

“We will not, we must not, and we will never allow our people to be auctioned by political merchants.”

The COTU boss further accused Mudavadi of being power-hungry, saying he would do anything to gain power, “including shaking hands with the devil.”

“Kenyans were treated to an Oscar-winning show yesterday when Mudavadi invited Ruto to his NDC without the knowledge of his other OKA principles. How then can Mudavadi talk about the politics of betrayal, dishonesty and deceit while he himself cannot be trusted?” Atwoli posed.

Police Couple Die in Suspected Murder-Suicide < Previous
Kenya And USA Call For Speedy Resolution Of Ethiopian Conflict Next >
Recommended stories you may like: