You Will Appreciate Uhuru’s Work After He Leaves Office, says Raila 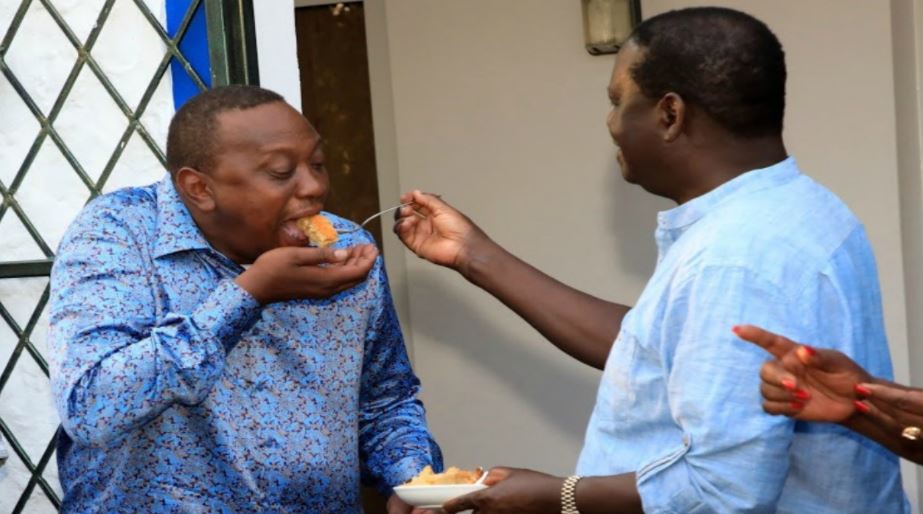 Raila Odinga has defended his handshake brother, President Uhuru Kenyatta, against claims that he has failed to deliver during his tenure.

Speaking during a meeting with the Mount Kenya Foundation at Safari Park Hotel on Wednesday, the ODM party leader likened Uhuru to a prophet who is not accepted in his hometown.

Raila noted that he relates to Uhuru in that he(Raila) was not appreciated for the work he did when he was Minister of Roads.

“I know because I was the Minister of Roads. I am the one who planned most of these highways, all the bypasses in Nairobi, the Thika Highway even the Kenol-Marua road was constructed during my time,” Odinga said.

“I saw what Uhuru has done in the period that he became President. He gave his scorecard. I told some people that they will know what Uhuru did when he is no longer in office.”

The former Prime Minister added that President Kenyatta could have achieved more if he had a supportive operating environment.

“Uhuru’s mind is in the right place. He has been focused but he has not been able to achieve what he wanted to achieve because of the environment in which he has been working,” he said.

“That itself has undermined his ability to deliver. He would have done much better if he had a supportive environment.”

The Mount Kenya Foundation endorsed Raila Odinga as its preferred presidential candidate but the ODM leader said he will make a decision after the party’s National Delegates Conference, slated for December 9, 2021.

Serve With Integrity and Discipline, President Kenyatta Challenges GSU Recruits < Previous
The Trending Memes and Tweets This Thursday Next >
Recommended stories you may like: