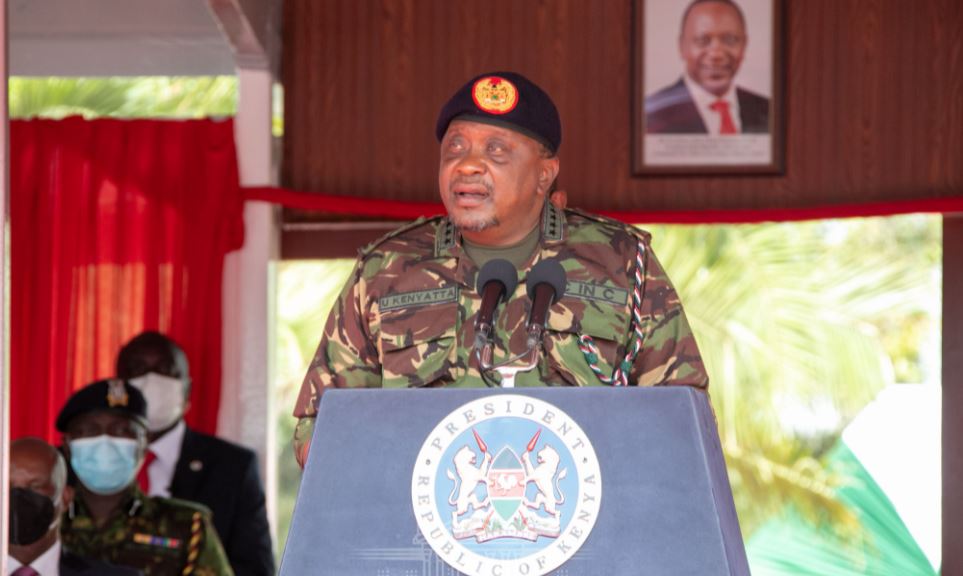 The President urged the new officers to uphold the law and abide by the rules and regulations of the service while safeguarding the rights and freedoms of Kenyans.

“To serve successfully you must uphold the law, abide by all applicable rules and regulations, follow the orders of your superior officers and above all, commit to serving this nation with courage, integrity, discipline and honour.

“As custodians of public safety and our internal security, you are the watchers on the wall who safeguard our rights, freedoms and our way of life. You must live true to the oath you have taken and at all times, whether on duty or otherwise, be model officers whom others will emulate,” President Kenyatta said.

The Head of State spoke on Wednesday at the National Police College Embakasi B Campus in Nairobi County where he presided over the 48th passing-out parade of the General Service Unit (GSU).

President Kenyatta commended the GSU’s reputation for bravery, excellence and unfailing commitment to duty, advising the 2,502 new officers to embrace discipline and talk to their seniors whenever faced with problems instead of engaging in acts of lawlessness and despair.

Acknowledging that the officers are joining the security sector at a time when the society at large is experiencing significant transformation and advancements in technology and external cultural influences, President Kenyatta asked them to adapt to the dynamic security environment.

“You will, therefore, be required to operate in an environment that is quite distinct from that which prevailed at the beginning of this century. The needs and expectations of Kenyans have also increased, particularly since the promulgation of the new Constitution in the year 2010,” the President said. 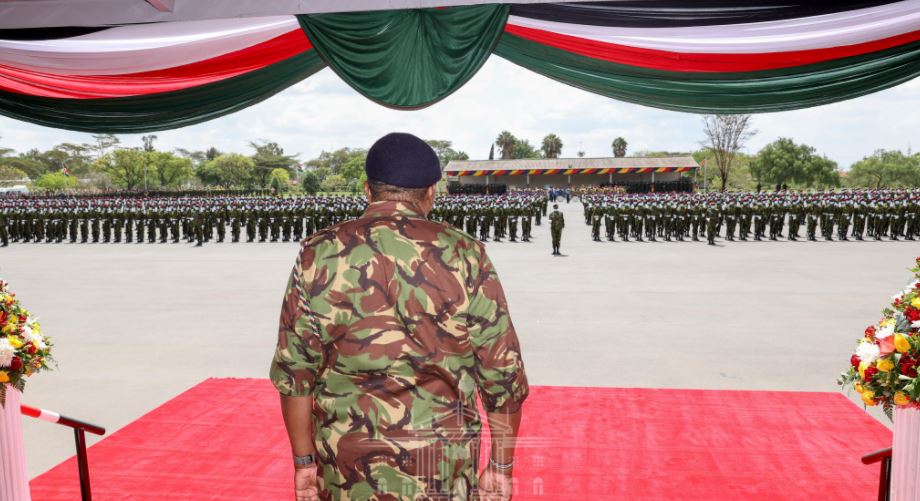 Once again, President Kenyatta reiterated the Government’s commitment to ongoing transformation of the police service into a modern 21st Century law enforcement agency.

The President said the Government had prioritized enhancement of human resources and equipment so as to enable the police service to effectively play its role of securing the country.

“…strengthening of the security sector has been a major priority of my administration’s agenda.

“To achieve this objective, in addition to adopting new training curricula and equipping our force with modern weaponry and equipment like armoured personnel carriers and surveillance equipment, we have also taken steps to boost service delivery and efficiency at work,” the President said.

On police welfare, the President said the Government was implementing a comprehensive medical insurance cover for officers and their families.

Similarly, President Kenyatta said the Government had reformed police housing by among other interventions allowing officers to rent houses outside their stations.

“These and other welfare and benefit initiatives have ensured the nation of Kenya is taking better care of those who take care of us,” President Kenyatta said.

“With the work that has happened in this sector thanks to your solid leadership and the investments that you have made, we are stronger, better and much more prepared to deal with the challenges ahead,” Dr Matiang’i said.

Uhuru Condoles With Family Of Former Kitui Governor Dr Julius Malombe < Previous
You Will Appreciate Uhuru’s Work After He Leaves Office, says Raila Next >
Recommended stories you may like: