Two men who escaped drowning after the bus they were travelling in plunged into Enziu River in Kitui County, on Saturday have recounted the harrowing ordeal.

As of Sunday, December 5, at least 31 people had been confirmed dead from the tragedy, including a nine-month-old baby whose body was retrieved from the river.

Kitui Governor Charity Ngilu on Sunday warned that the death toll could rise further as the search and rescue operation continues.

The 51-seater bus was carrying excess passengers, meaning over 60 people could have been on board when the vehicle was swept by the floodwaters. 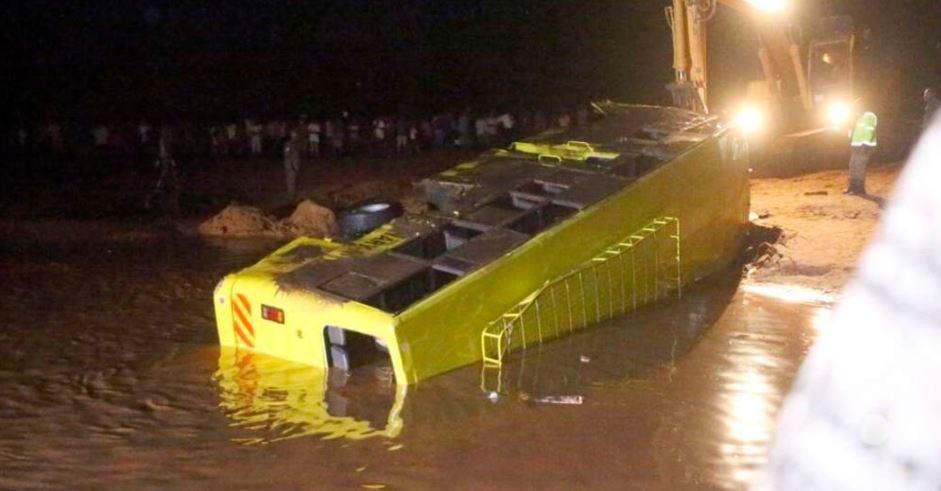 Only 12 passengers managed to escape with some help from locals who were nearby. One of these survivors was Simon Kea, a nurse at Tei wa Yesu Mission Hospital in Kyuso.

Kea said the driver of the bus was reluctant about crossing the river. It reportedly took him two hours to decide to cross after he saw two matatus and some contractors crossing the flooded river.

“We were about 40 passengers when leaving Mwingi in the morning. Around 10 seats were empty. As we were crossing the river, the 51-seater bus was full with more than 15 people standing,” Kea recalled.

“It was a real encounter with death. We were all submerged deep in the waters. I only felt a hand forcefully grab my shoulder and pull me out through the bus window. I am just thankful to God for sparing me,” he told the Nation.

Another survivor, Christopher Musili, said the bus got submerged within seconds, causing panic among the passengers. 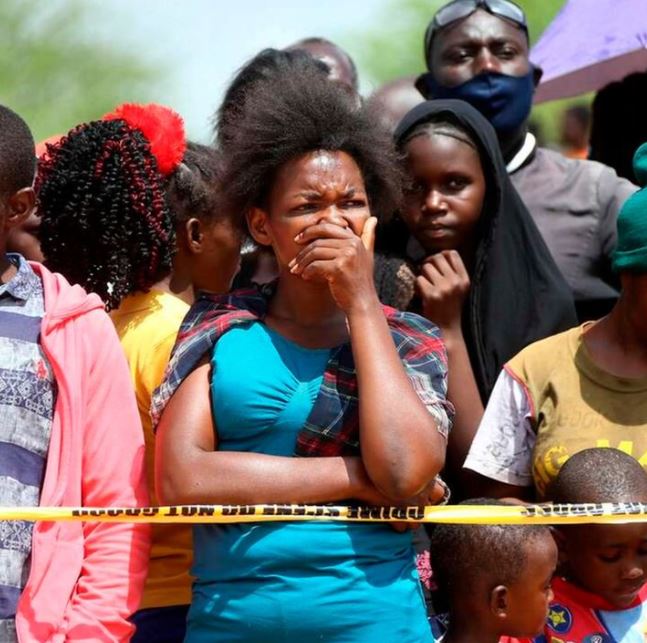 He said the panic-stricken passengers were screaming and throwing hands aimlessly without knowing what to do.

“We couldn’t see anything but the passengers were stepping on each other in a desperate attempt to avoid drowning amid flowing waters which were filling our eyes, noses and ears with sand,” said Musili as he fought back tears.

Musili, who was one of the choir members for the wedding event, said as the bus was being swept off the bridge, there was nothing they could do because the river was flooded and they couldn’t jump out because of the small windows.

The 27-year-old bodaboda operator said the passengers were trapped as they attempted to get out through the windows, and that many people drowned in the process.

“Those of us who survived did not stand a chance had help delayed for an extra minute,” he said.

DP Ruto Eyes Evangelism After Politics < Previous
Embu MCAs to Pocket Over Sh500K to Learn Good Manners in Tanzania Next >
Recommended stories you may like: