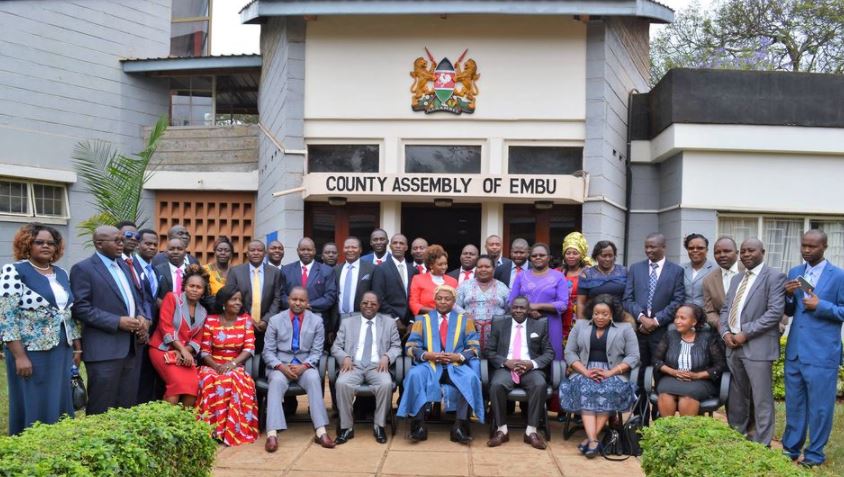 Members of the Embu County Assembly have reportedly devised a ploy to reap big from a benchmarking trip to Tanzania.

According to media reports, 33 MCAs traveled to Arusha for a two-week training session following the adjournment of Assembly sittings from December 1, 2021, to February 8, 2022.

This is the second trip of its kind to Tanzania by the MCAs, Citizen Digital reports.

The MCAs reportedly traveled to Arusha in September to learn basic etiquette and campaign language ahead of the 2022 General Election.

During the trip, each MCA will receive a daily stipend of US$ 332 (Sh 37,184) just to learn good manners and how to woo voters.

The publication further reports that each MCA will receive a total stipend of Sh520,576 for the duration of the training.

On top of pocketing the millions of tax payer’s funds, an additional two to three million in training fees will be paid to the East and Southern Africa Management Institute (ESAMI).

It is understood that the MCAs transferred Sh10 million from the County Assembly Sports Association (CASA) games kitty to their foreign travel account after depleting the account with the previous trip to Tanzania.

“After some realized that they might not be able to return to the Assembly next year, the MCAs who were overheard complaining about being broke vowed to push for more trips to earn them enough money to finance their retirement,” Citizen reports.

The MCAs are also said to have milked millions of shillings from around 50 retreats to Nairobi and Mombasa hotels this year.

“You will never find our MCAs in Embu there always on the move Tanzania Nairobi and this wastage of public funds,” Embu senator Njeru Ndwiga lamented.

Survivors of Mwingi Bus Tragedy Recount Harrowing Ordeal < Previous
5 Reasons Why the Metaverse Will Disrupt African Economies Next >
Recommended stories you may like: