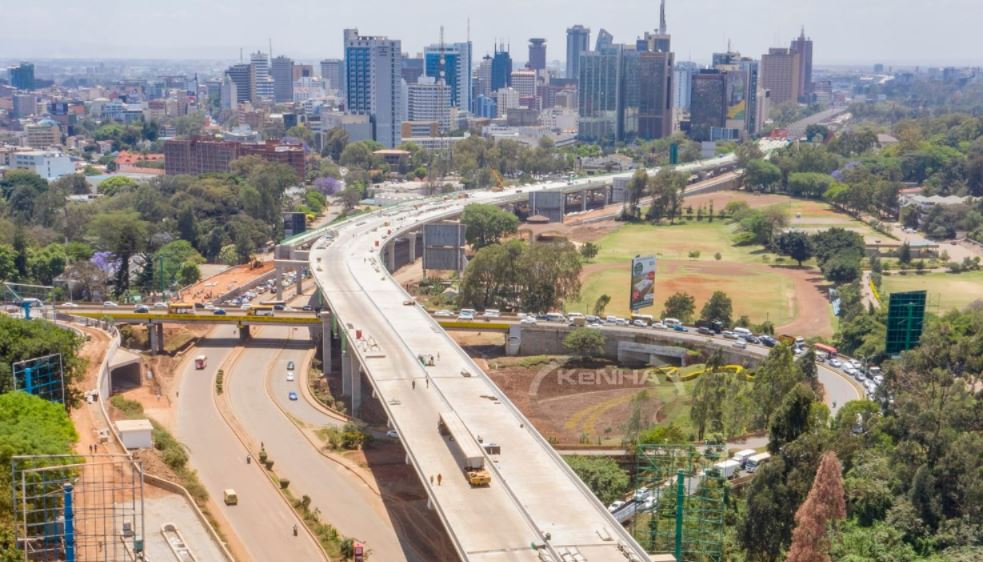 The Kenya National Highways Authority (KenHa) has opened alternative routes along Mombasa Road in a bid to ease traffic congestion occasioned by the construction of the Nairobi Expressway.

In a public notice this week, KenHa said the Expressway is 76.4% done and is on schedule for opening to the public by June 2022.

“Even as the civil works are ongoing, traffic management remains a critical component of project implementation. This is to ensure relative ease of movement and safety for all road users. Due to the ongoing rains, various sections of the road have experienced flooding and civil and drainage works have been prioritised in the affected sections,” the Roads Authority said.

KenHa said it has opened four sections along the main Mombasa Road that have since been reconstructed.

KenHa noted that work is still ongoing on Museum Hill underpass even though it has been oeped to the public.

It also listed sections where traffic issues may still be experienced. They are:

KenHa also announced that the closed sections at Gateway Mall and the Haile Selassie – University Way Roundabout will open on December 15.

The Trending Memes and Tweets This Thursday < Previous
Felista Njoroge to Wait Longer for her Sh102m Fortune Next >
Recommended stories you may like: