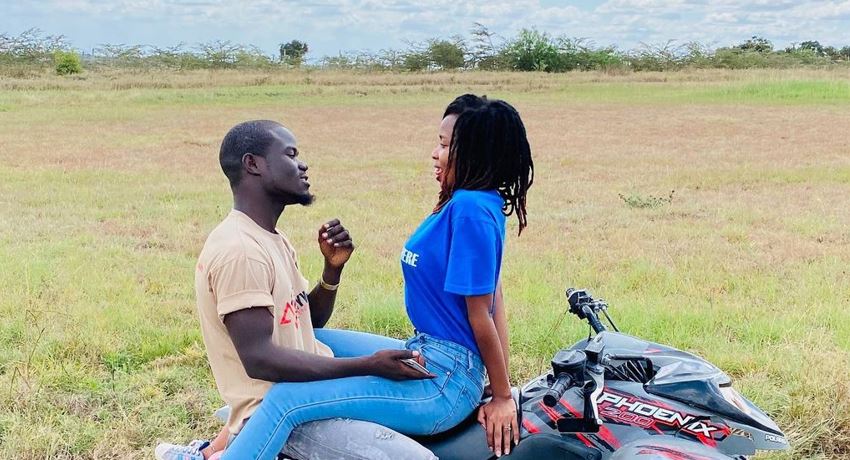 Comedian David Onyando alias Mulamwah talks about his highly-publicized break up with Carrol Sonie, his new girlfriend, cyberbullying and more.

What is really going on between you and Sonie?

A lot has been going on between us. We decided to part ways long before the birth of our daughter, but we continue to co-parent. We also thought it wise to make it public because we were no longer being seen together, and many had begun questioning that.

Therefore, to avoid rumors and for the sake of ourselves and business, we decided to make it public that we were no longer operating as a unit. Let it be known that our decision to part ways was discussed at length, not only by us but also our families.

Did you (really) have to make it public?

Yes, we had to. When we started out, we made it public and, now that people were no longer seeing us together, we had to arrest the issue before it turned into something else. Rumour isn’t something really nice, especially when you are in the limelight; like us. It might cost you your business and sanity.

You got back together the other day and you parted ways again. You mind sharing what happened?

At the moment, I am not very comfortable sharing the reasons behind our break up, because of the situation we are in and also for the sanity of our baby.

Some day the truth will come out, there is a lot in the grapevine. Our close friends know what has been going on. For now, we agreed not to disclose that to the public because most of the time people use other people’s trouble as a source of entertainment or to clout-chase.

Some people believe this is some sort of clout chase.

No. We are not clout chasing, because there is nothing we stand to gain from that. This was just us letting the public know we are no longer together. If anything, I am known for my work, not clout.

There is word that you cheated on Sonnie.

(Laughs). There is a lot going on, but there is what transpired and broke the camel’s back. Like I said, some day the truth will come out and people will understand why all this happened. It’s not that easy for a man to just leave his young family or home. I’m not insane, I’m not mad! I was very serious with that relationship, wanting to see it work and make a home.

Is that why you moved on so fast?

I have been dating my current girlfriend for some time now. I would not want to disclose much into when we began seeing each other. But, like I said, Sonnie and I parted ways a longtime ago even before the birth of our child. Sonnie has been seeing someone else since we split too. 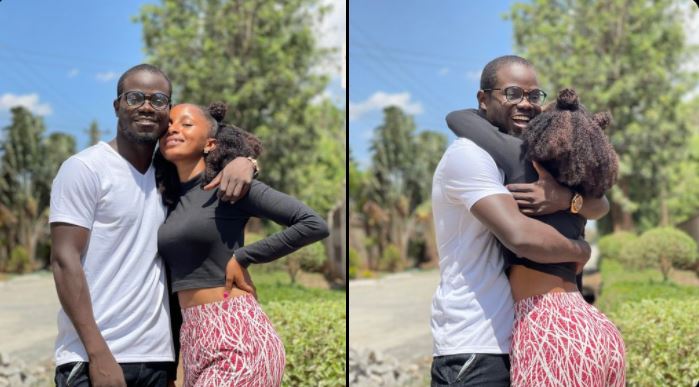 Some quarters argue that your new relationship is some sort of a rebound.

Well. Then let’s give it the test of time. If the proof of the pudding is in the eating, you can’t speculate by just looking at it. I am hopeful this relationship will last.

You once complained of cyberbullying yet you keep sharing your life on social media?

I got used to cyberbullying; I grew a thick skin because no matter how you try to address the issue, you will still meet the trolls.

So, the only way is to adapt and move on. Besides, I am online to make money. It does not really matter if you get a few burns in the kitchen as long as the food gets cooked.

Lately, more of your life has been on social media than the digital content that made you famous?

That’s very true. This is because so much was going on; I was expecting a baby and my relationship was crumbling. All these were happening while I was busy trying to re-strategise my brand to make it better… All these made it very difficult for me to continue creating content consistently like before.

Starting next year, there will be so much “new me”. Expect to see me in movies, TV series and also taking on live performances.

How has the split affected your corporate deals?

There are some corporate deals that require influential couples. I have missed a number of those. There were also times we would pitch ideas to corporates as a couple and land deals. That is not possible now.

But I am still doing good. I still have a number of endorsements because my brand is a clean one. Breakups are common. I am still the brand ambassador for Kenya Cane. The contract was renewed and that can only mean I am delivering. I also have a number of shows on the pipeline.

How is the boda boda business?

I own 17 motorbikes. Each bike fetches me Sh350 a day, for six days in a week. If you do the math that is around Sh142,800 a month. I have already been approached by a motorcycle brand, to endorse them. The talks are ongoing and we’ll announce the deal once the paperwork is done.

But the beauty of it all is that I have been able to employ a number of people. Seventeen young men who were jobless now have something to do. There is a supervisor on retainer and a manager in charge of repairs. The number of bikes is increasing, we are selling the old ones and replacing them as we also strive to buy as many as we can.

The aim here is not to make money but to impact the society, because employment is no longer guaranteed even when you are educated. Believe me, Sh350 is a small fraction of what they make a day.

I Get Paid Ten Times More Than in Kenya, Nonini on Life in the US < Previous
Eve D’Souza on Relocating to Dubai, Life at 42, Marrying Late Next >
Recommended stories you may like: