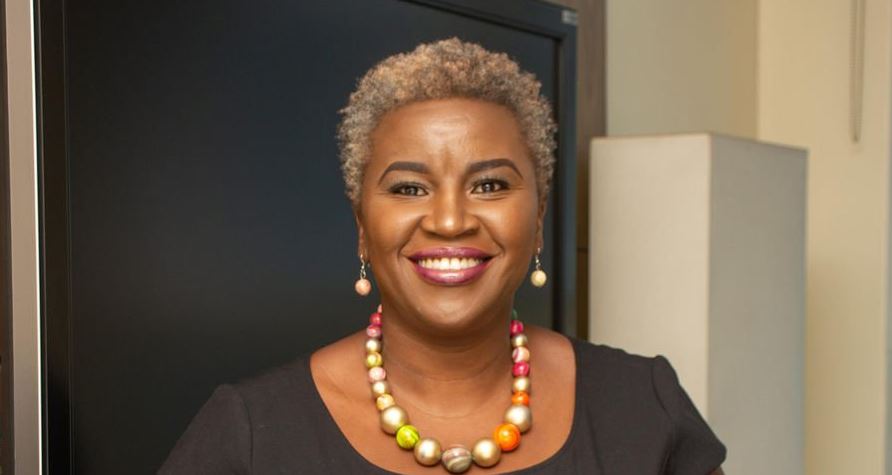 Mumbi Kahindo is the People and Culture Director at Absa Bank Kenya Plc. She assumed the role after successfully leading the Leadership and Learning function for 10 Absa markets.

She shares her career path with the Sunday Nation.

“I was born and raised in Murang’a County. My parents, Lucy and Peter Kahindo, were civil servants. I am the firstborn in a home of eight children.

I went to Murang’a Township for my primary education before transitioning to Kahuhia Girls. In primary school, I must say I was a bright and focused child and that is how I got a slot at Kahuhia Girls.

However, when I joined high school, I think adolescence did things to me and my grades started going down. It later hit me that KCSE was around the corner and I had to literally seek the support of my classmates for tuition to try and catch up. Luckily, this paid off and I managed a C+  and was fortunate enough to be accepted at Kenyatta University for a Bachelor of Education.

Once done, the Teachers Service Commission (TSC) gave us jobs. However, I wasn’t really keen on being a teacher, I wanted to be an administrator or a secretary. So after graduating, I went looking for secretarial work from auditors.

It turned out I was among the best in my class in terms of performance and I was lucky to be picked for a one-year contract at PWC. I then transitioned to NGOs, doing lots of administrative jobs.

In 2013, I got an opening to work at Absa (then Barclays Bank), one financial institution that I always wished and longed to work for. Here, I started as a Senior HR Business Partner for the Operations and Technology unit before moving to be the Head Leadership, Learning, Tal­ent and Culture.

Some of my fondest memories in my career journey include having the privilege of sitting in boardrooms at a pretty young age. When I joined Deloitte East Africa, it allowed me to attend executive meetings at regional levels. I was able to pick what matters the most to executives and it also played a big part in me ending up in the field of leadership development.

Working out of the country was another defining moment for me because of the exposure that it came with. I ended up being a middle manager in a team where I was the only black person. Working for Absa has also been massive especially my current role which is actually an Exco role.

One of my greatest achievement thus far is motherhood. I have two young adults and it gives me so much joy and satisfaction looking at the people I have brought up. I also draw alot of encouragement from the feedback I keep getting from people that I may have interacted with. This keeps me going.

In my career journey and life in general, I have had to make some key decisions that have greatly contributed to the person that I am today. First and foremost, accepting to go to New York while working with Deloitte was key. I had a six-month-old baby and we relocated to a new country.

I then decided to enroll for an MBA. My schedule was so tight and I ended up doing most of my studies in the middle of the night. When I came back to Kenya after three years, I was recalled for another role in New York but I turned it down. I chose to stay in Kenya as I also had some family issues to deal with.

Another huge decision I have made in life was sending one of my children to study abroad before the age of 18. It was a hard decision for me as a parent, but I understood the kind of exposure my child would get.

On failures, I remember in one of my previous roles I had a team member who was really struggling. I tried everything I could to support her but ultimately I had to let her go after a year. To date, I keep wondering if there’s something I would have done differently to change her situation.

Another time I did a big project and I flopped because I don’t think I was able to collaborate with people well. I learnt my lessons from that experience and moved on.

Generally, having a quest and hunger for learning have been my key drivers. I also read a lot and I love listening to people’s experiences and learning from them. Having great managers, mentors and sponsors has also propelled me to be where I am today.

My advice to the youth is that they should know that most of the opportunities today do not come wrapped the way they’d expect. It is, therefore, important to allow yourself to get out of your comfort zone to be able to achieve something.

In addition to my responsibilities at Absa, I have a keen interest in supporting women to fully unlock their potential and improving the level of education in our society by reducing school drop-out by increasing conversion to high schools. I also contribute my expertise to a rural primary school where I serve as a board member.”

Eve D’Souza on Relocating to Dubai, Life at 42, Marrying Late < Previous
Hilarious Posts by Kenyans on Social Media for Post-Jamhuri Blues Next >
Recommended stories you may like: