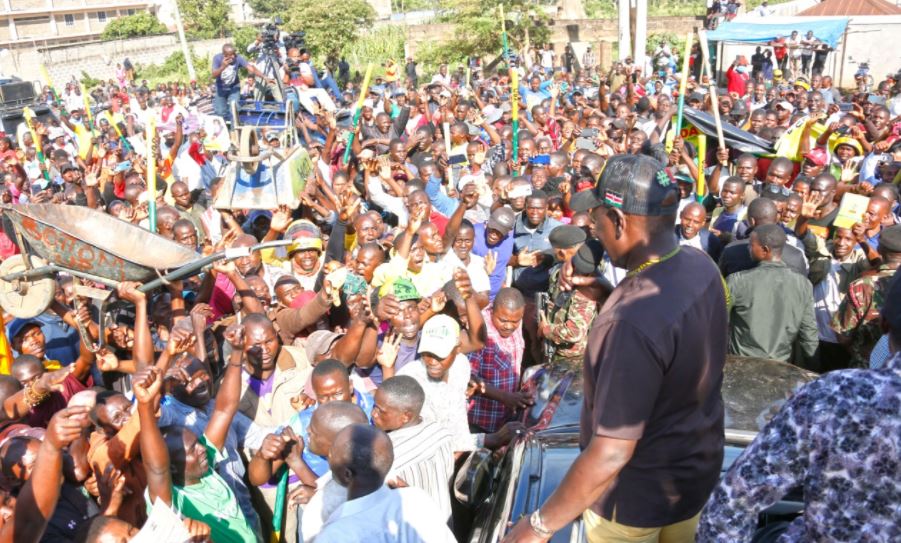 Despite facing a hostile reception in Kondele, Kisumu on Wednesday, Deputy President William Ruto continued his tour of Nyanza on Thursday.

Ruto ended his three-day tour in Migori County where he had an encounter with an old friend.

The DP first met Janet Adhiambo Ondigo three years ago in Muhuru Bay and she was gracious enough to prepare him some tea.

On their second meeting on Thursday, Ms Janet only had fish, which she bartered for a new house. All she had to do was ask Ruto to support the construction of her new home and the DP obliged.

“I met my friend, Janet Adhiambo Ondigo, who served me tea three years ago in Muhuru Bay, Migori County. Since she could not prepare for me tea today, she gave me fish to take to @MamaRachelRuto. I graciously accepted her request to support her construct a new house for the family,” Ruto said.

I don’t know about you but I’m contemplating becoming a fisherman if it means I don’t have to pay rent anymore! 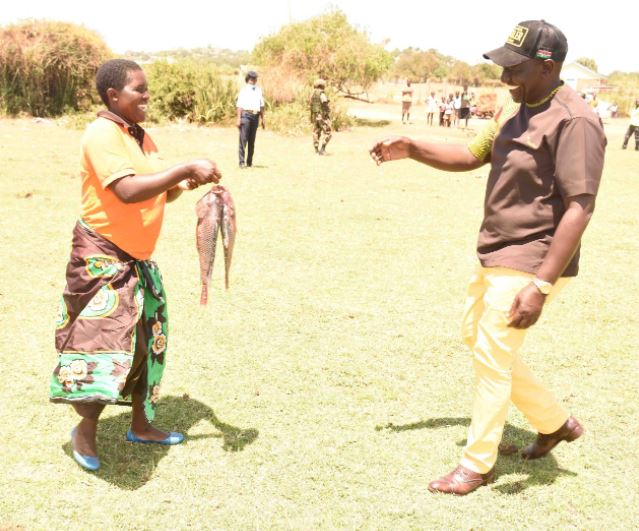 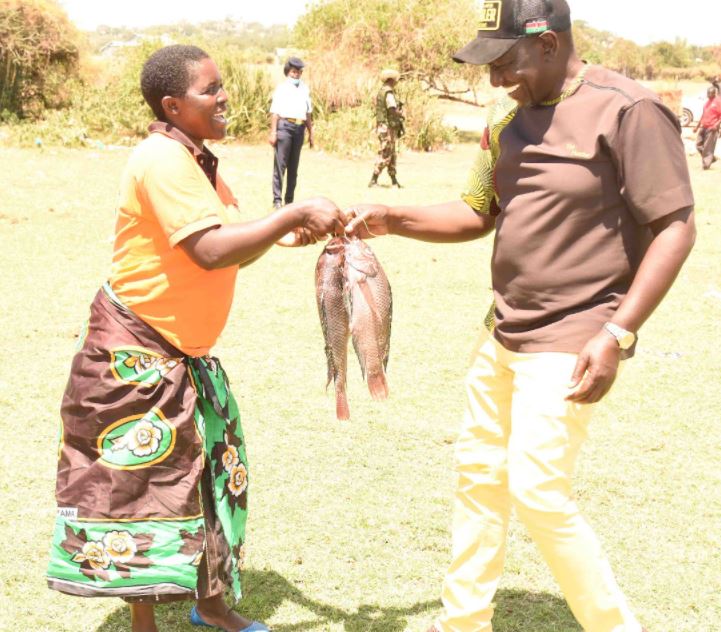 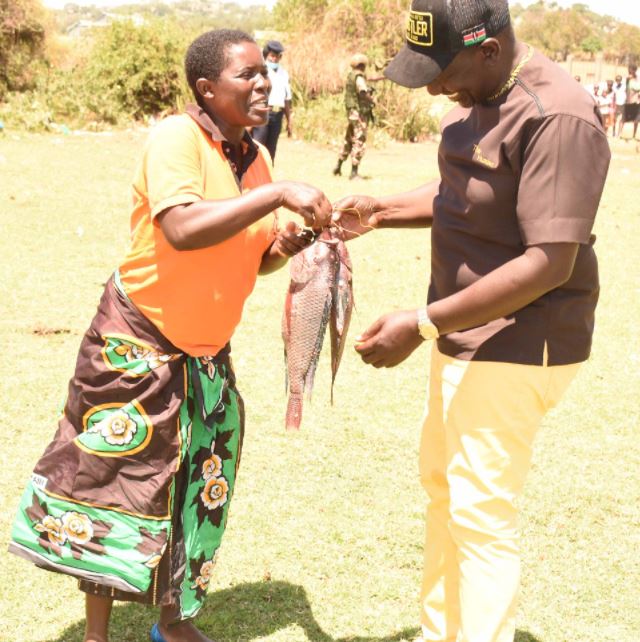 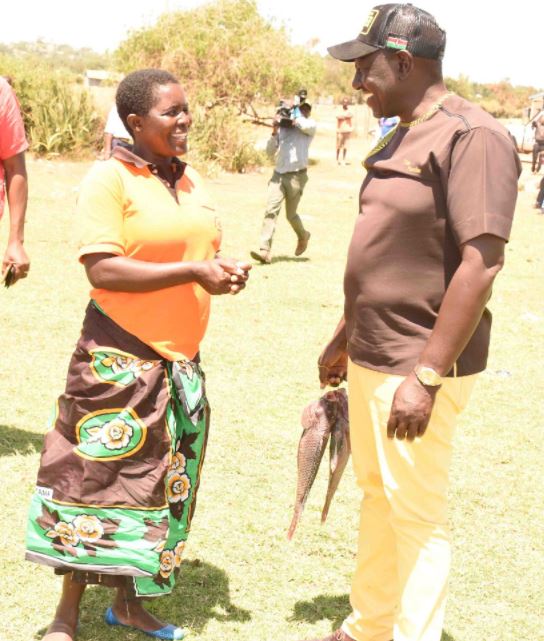 City Househelp Locks Employer in Bathroom Then Steals Cash and Valuables < Previous
Raila Laughs Off ‘State Project’ Claims, Says Uhuru Laughed Too Next >
Recommended stories you may like: