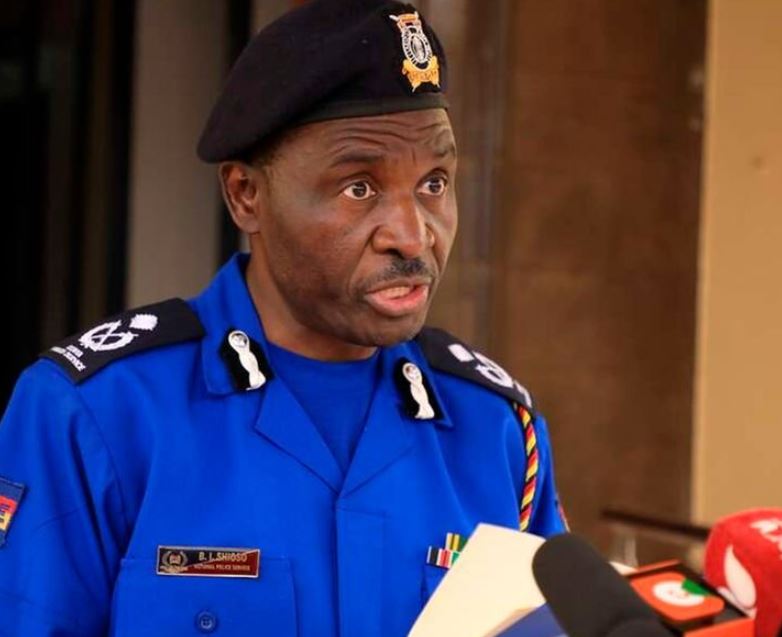 This month, some police officers will have to source for advances to supplement their income after receiving slashed salaries. This salary and promotions problem has lingered since 2018. Are you concerned that the move to cut their salaries will affect their morale and increase cases of officers engaging in criminal activities? Is there something being done to address this matter once and for all? Evans Njogu, Utawala

I do empathise with the affected officers since no one can bear with diminished earning capacity. That said, this is a legal and policy issue rather than an administrative one. It is also a cross-cutting issue affecting the National Police Service Commission (employer), NPS, Salaries and Remuneration Commission, Judiciary and other actors such as the Treasury.

Therefore, it is well beyond my pay grade or NPS’ intervention. I invite you to familiarise yourself with the Court of Appeal ruling in Civil Appeal No. 352 of 2019 (delivered on 23/09/2021). In summary, the Court of Appeal ruled against the position advanced by the aggrieved officers. That, unfortunately, is the position that we must not only respect but enforce too.

When the current Inspector-General of police took office, he published a Gazette notice detailing those who have right of way on Kenyan roads. He identified five categories with less than 30 offices. The publication of this notice brought hope that finally the anarchy on roads would be addressed. Unfortunately, this notice ended up being a public relations exercise. Today, observance of traffic regulations is voluntary. Drivers of government and county vehicles along with those of public corporations have been joined by MPs, MCAs, and county officials in competing with matatus to determine who can be most obnoxious to other road users. What is the NPS doing to restore sanity on our roads? Mike Johan

True, Mike, the policy was published by the IG and it is still valid and in force. Your concern, which I wholeheartedly agree with, tells of a much bigger story about the collective character of Kenyans than it tells on the capacity of police to enforce the laws and policies. I think first we as Kenyans and also road users need to cultivate a basic sense of road discipline, courtesy and good manners generally. This should be the preventative baseline , rather than focusing on more laws and police actions. Or are we going to blame the police for our bad road manners too?

Why did the Anti-Terrorism Police Unit (ATPU) raid the headquarters of the Prisons Service in commando-style to arrest the former Prisons’ boss? Was all that force necessary? Don’t you think the act was humiliating both to the outgoing boss and the image of the correctional service at large? Andrew Maranga Ratemo, Nairobi

Andrew, firstly, ATPU never “raided” Prison’s headquarters, but responded to a distress call, whose specifics I would not get into now. Their posture as seen on TV was merely an issue of police techniques, especially when responding to a call without having the benefit of the details upfront.

In developed countries like the USA, show-of-force is a standard police procedure when responding to all calls, including of a lost pet! Officers were simply on high alert and weren’t taking any chances. And as a correction, the Commissioner-General of Prison was never arrested.

There were several versions of the chaos that erupted during DP William Ruto’s recent campaign tour of the Nyanza region. That the DP gave out money to be shared among the boda boda riders, but some people made away with it, hence leading to chaos; and that the police had intelligence reports the previous day indicating that there would be chaos but did not act on them. Which version should we believe? Erick Ole Agade, Busia

Erick, when faced with a situation of conflicting official information or narrative, always stick to the police version. Police are authentic, objective and reliable. We don’t have interest in public (political) discourse but pursue only facts as they are.

And let me add that in addition to our mandate of official investigations – which gives us a comparative advantage on the quality of the news we share – we are also well represented at the grassroots so we get first-hand information. Beyond that, we utilise other capabilities, including intelligence, forensics and technology.

Therefore, what we share from headquarters is an outcome of a laborious effort by many actors to feed Kenyans with objective reality. I, therefore, encourage you and others to always trust the police version of narratives since you can always hold us to account.

One of the fundamental principles of community policing is to make the police and the community work together. However, the police force is largely very unfriendly towards community members. What is being done to address this apprehension? David N. Ndungu, Kilifi

True, David. This is one area greatly responsible for tensions in the police-community relations, hence impacting negatively on good policing outcomes. It is an area police reform is focused on, and that is why community policing is a big plank of the ongoing police reforms. We are addressing the drivers of this unfortunate reality, and we shall in the fullness of time bring police and the public together.

We are fully aware we can’t be effective without the full cooperation of the public. You saw the role the public played recently towards the recapture of the prison break trio. That is the direction we aspire towards. But it is a process.

Reforming such a big organisation with an entrenched culture is no mean feat. The USA has been reforming for more than 60 years now, and still have trust deficit issues. Our reform journey is still in infancy – a mere 10 years – and we are acknowledging our weaknesses and building on our strengths.

We need the support of the public, first by giving us the benefit of doubt, then working with us. So much is already happening in the counties where frontline policing is taking place.

In Nakuru County for instance we have a football initiative to bridge to normalise relations. In Tran Nzoia, we have a senior commander who employs singing to reach out to disadvantaged kids. And much more policing innovations are happening with great impacts.

The IG banned the erection of roadblocks without approval. While the physical roadblocks are gone, the police still man those spots with the sole purpose of extorting money from motorists. When are we going to see the end of this? David N. Ndungu, Kilifi

The roadblocks policy is well communicated and enforced. Roadblocks should be for a specific purpose and time-bound. Roadblocks are meant to detect criminal offences and not traffic violations. Traffic operations should be mobile, not static.

Therefore, whenever you come across lone officers on the road stopping cars, be a good citizen and make a report, even on the NPS Twitter account and action will be taken. This is an area the IG and Deputy IG of the Kenya Police Service are very passionate about.

All roadblocks and traffic checks must be sanctioned by local commanders, who are held strictly accountable to the IG and DIG KPS over the performance of their officers.

As police continue to attract negative publicity, including cases of brutality, extrajudicial killings and corruption, Kenyans ask themselves whether the much talked about police reforms ever took place or bore any fruits. Sir, what is your take on these observations? Komen Moris, Eldoret

Dear Komen, police reforms are not only real and ongoing but the greatest strategic agenda ever undertaken in the history of our police. Reforms don’t easily happen, even with the best corporates. It is a great feat that NPS has soldiered on this far. If you doubt this, just try to reform your own life or even family and see how hopeless it gets!

We have a clear roadmap, and have our priority areas right and well mapped out. We also have the buy-in of the rank-and-file who are keen to turn the page for the better. So far, much ground has been covered, but we still keep our focus on the prize; to bring the police and public to the same policing table to design joint interventions on security, peace and safety. And in all this, we remain grateful to the government through the Ministry of Interior for their unwavering support The Government is keen to see NPS succeed in this transformative effort.

My Vision is to Restore Nairobi to “A Place of Cool Waters” < Previous
Hilarious Posts by Kenyans on Social Media for the Monday Blues Next >
Recommended stories you may like: