President Uhuru to World Leaders: Kenya will be Africa’s Voice On Climate Change 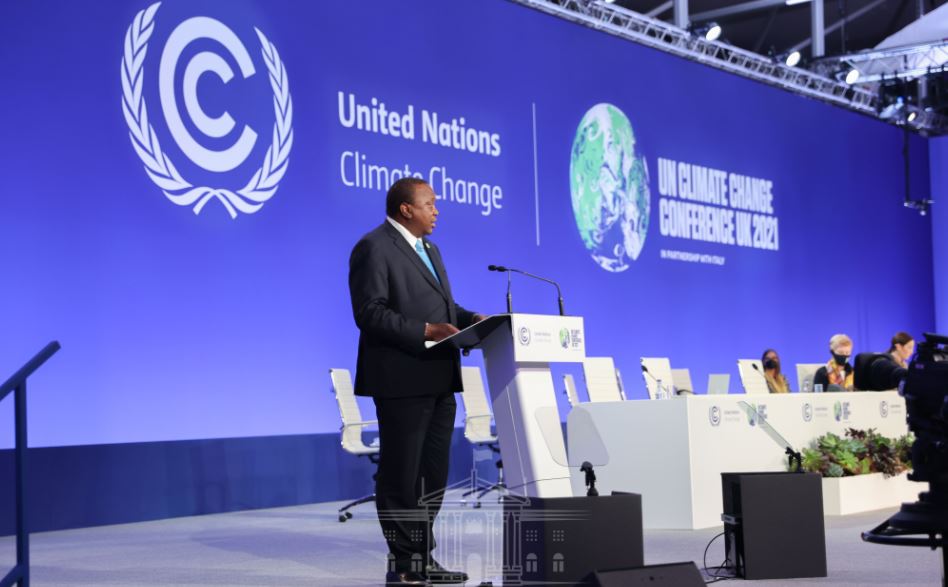 President Uhuru Kenyatta has told world leaders that Kenya will be a steadfast champion of the interests of African countries and the entire Global South on climate change at the UN Security Council (UNSC).

The President said Kenya will particularly focus on creating a “compelling case for the nexus between climate change and security” noting that the phenomenon was “escalating and complicating new and old conflicts throughout the world”.

“The evidence is irrefutable. All the reports, including the most recent Intergovernmental Panel on Climate Change (IPCC) report, sound a loud alarm that the world risks facing a global catastrophe unless leaders shift gears on climate change. We need to urgently implement bold mitigation and adaptation measures to avert the looming crisis,” President Kenyatta cautioned.

The Kenyan Head of State spoke on Monday afternoon in Glasgow, Scotland where he delivered Kenya’s national statement at the World Leaders Summit of the ongoing 26th United Nations Climate Conference (COP26) being co-hosted by the United Kingdom (UK) and Italy. 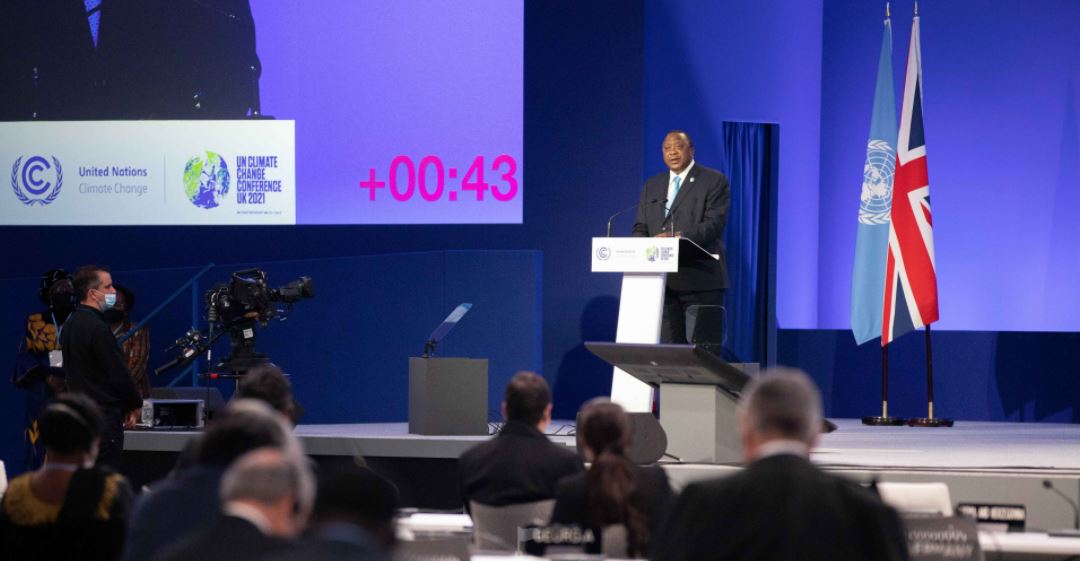 At the meeting also attended by the world’s greatest marathoner of all time, Kenyan Eliud Kipchoge, the President said climate change was an existential threat to most African countries pointing out that extreme weather costs Kenya an average of 5% of its GDP besides fuelling food shortages and livelihood conflicts in the country.

“In Kenya, extreme weather events including floods and droughts, lead to losses of 3 – 5% of our GDP annually. Further, they aggravate food insecurity and trigger divisive intra-community and inter-country competition for resources,” he said.

Once again, President Kenyatta, who arrived in the Scottish capital on Sunday evening, reminded developed countries to fulfill the 100 billion US dollars per year funding pledge for climate change adaptation programmes in developing countries.

“Two times in a row, developing countries have been promised US $100 billion per year but it has not yet been delivered,” President Kenyatta said, adding that Kenya expects COP26 to come up with a work plan for implementing the 2015 Paris Climate Agreement.

“Finally, we expect that detailed rules and procedures for implementing the Paris Agreement will be finalised, and a clear way forward for a climate-resilient pathway set. We also expect that the agreement will be sufficiently inclusive to accommodate the needs and priorities of developing countries and in particular, the special circumstances of Africa which has been very ably put forward earlier and very well articulated by Elizabeth Wathuti,” the President said, in reference to an earlier presentation by Kenyan environmentalist and climate activist Elizabeth Wathuti. 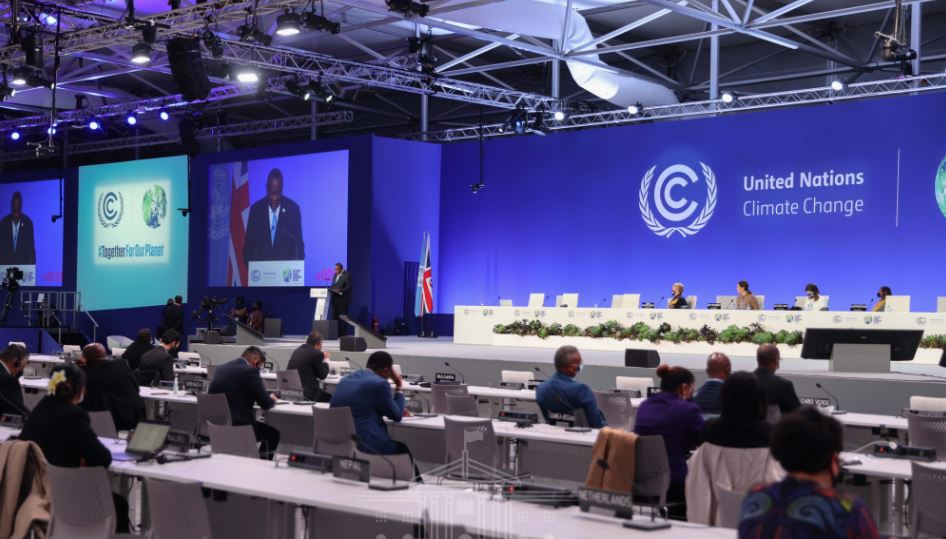 President Kenyatta challenged developed nations to invest more in the reduction of greenhouse gas emissions and regretted that Africa’s proposal on special needs and circumstances was dropped from the COP26 agenda.

“Throughout Africa as the most vulnerable continent to the impacts of climate change, countries are already experiencing loss and damage of an increasing magnitude and frequency.

“We are therefore deeply concerned to hear that yesterday during the adoption of the agenda of this conference, the item on the special needs and circumstances of Africa was yet again not adopted.

“We expect the Co-President to undertake extensive and comprehensive consultations and address the special needs and circumstances of African States and indeed report to us before the close of the session of the conference,” the President said.

On Kenya’s climate change adaptation and mitigation efforts, President Kenyatta said the country was implementing a robust climate change strategy that had seen it invest heavily in sectors such as renewable energy, sustainable blue economy and green manufacturing.

“As many of you know, Kenya is a pacesetter in the energy sector. We are among the top eight (8) global leaders in geothermal power development and home to the largest wind power project in Africa,” President Kenyatta said.

14 Maize Flour Brands Declared Unfit for Human Consumption < Previous
All The Trending Memes and Tweets This Tuesday Next >
Recommended stories you may like: