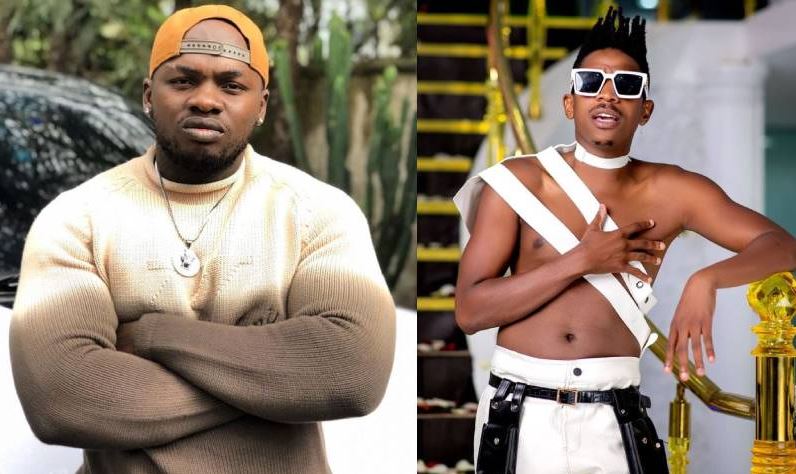 Khaligraph Jones has blasted Eric Omondi for meddling in the affairs of Kenyan music acts.

According to the rapper, Eric Omondi has no authority to speak about the local music industry because he is a comedian.

Khaligraph said he would only share his official statement regarding the state of the music industry in the country after Sauti Sol, Nyashinski, or Mejja share theirs.

“Acha mambo ya Eric Omondi, Nyashinski anasemaje, Sauti sol wanasemaje, Mejja anasemaje; if those guys make any statement about the current matter, then I will give you a response,” said Khaligraph.

The ‘Champez’ rapper further faulted Kenyans over the culture of putting each other down for no apparent reason.

“Country gani apa Africa unaeza sema iko juu ya Kenya ki-mziki, tusihesabu Nigeria, na Nigeria pia iko na population ya 200 million… But because we have a culture of demeaning, tunataka kusema nani is doing better than us, that is nonsense,” he said.

“What Waist?” Vera Sidika Flaunts Post-baby Body < Previous
“Respect My No…’ Sanaipei to Willy Paul Over Collabo Requests Next >
Recommended stories you may like: