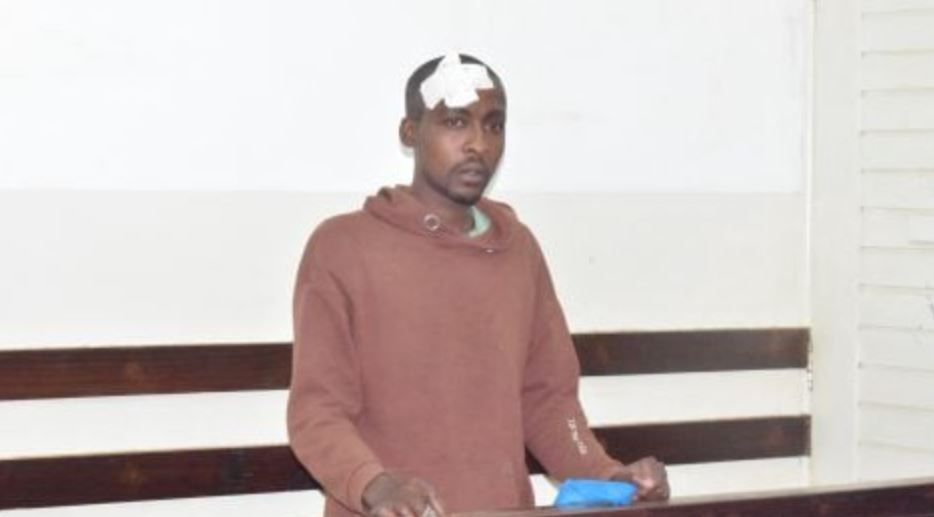 A man from Dagoretti in Nairobi was charged at the Kibera law courts for burning down his mother’s house following an argument over food.

According to the charge sheet, Joseph Njuguna, 27, unlawfully and willfully torched his mother’s house on November 6 within Nairobi’s Dagoretii area.

The court heard that Njuguna was tipsy when he arrived home expecting food to be ready. He was however disappointed when he found his mother preparing the food.

Njuguna reportedly complained that the food was taking long and vowed to do something after his mother directed him to wait in his room.

The accused then left and moments later, his mother noticed there was smoke billowing from the house.

She tried to scamper to safety but found that the door had been locked from outside. She screamed for help, alerting neighbors who rushed to her rescue.

The fire is said to have burned down the whole house worth Sh 1.3 million.

The accused went into hiding at a friend’s house but he was fished out by irate members of the public. He was reportedly found drinking alcohol and beaten by the mob before his mother came to his rescue.

She rushed him to hospital before police took over the matter.

“Respect My No…’ Sanaipei to Willy Paul Over Collabo Requests < Previous
Ministry Proposes Mandatory Career Guidance in Secondary Schools Next >
Recommended stories you may like: