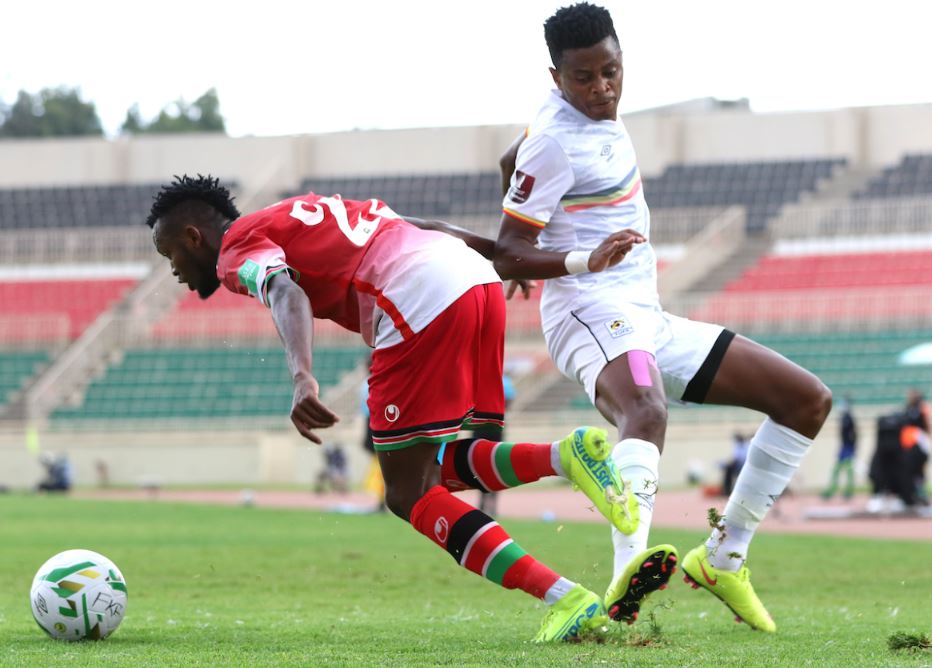 Kenya missed out on the 2022 FIFA World Cup but Engin Firat will find solace in his team’s performances despite question marks over finishing and set-piece issues. The Harambee Stars had a promising but ultimately unsuccessful World Cup qualifying Campaign

The group stage of the African World Cup qualifiers is settled, and the Kenya National team has fallen short of the qualifying mark. The Harambee Stars finished third in Group E with six points meaning their road to Qatar 2022 has been cut off.

They went up against Mali, Uganda, and Rwanda as Mali finished top of the group with 16 points while Kenya ended on a high as they defeated Rwanda 2-1 at the Nyayo Stadium in Nairobi.

Accurate in-play statistics tell us that coach Engin Firat will have been encouraged by the start his side made against the bottom of the table Rwanda in the last group game. Al-Duhail striker Michael Olunga dispatched a lovely cross into the box from the right only three minutes into the game and eight minutes later, he tested Ntwara Fiacre with a fierce left-footed strike from some distance.

The goalkeeper tipped it behind before then committing a horrendous blunder as he stepped too far off his line and brought down his man in the box. Richard Odada stepped up to dispatch the resulting penalty for a two-goal cushion before Olunga forced another excellent save minutes later as Kenya ramped up the pressure.

Rwanda pulled one back later in the second half, but it was much ado about nothing. Kenya emerged victorious, and Firat got his first win as Kenya manager.

It should have been the same story when the two countries met in the first leg.  However, Olunga missed two great chances in the later stages, and the game ended 1-1.

Coach Firat had already spoken about the team’s poor finishing and this trait showed when they faced neighbors Uganda in the first game of the group. Despite dominating and playing better for most of the game, it ended goalless in Kenya.

In Uganda for the return leg of the game, Kenya was still the better team, and they created better chances to score.

Although talisman and captain Olunga gave them the lead in the second half, it should have been enough for victory but goalkeeper Brian Okoth Bwire gifted Uganda an equalizer in the 89th minute.

A back pass went to the keeper who waited till Fahad Bayo poked it out of his hands to stab home for 1-1.

The only time Kenya were outplayed was against group winners Mali in Firat’s first game in charge of the side. Les Aigles went 4-0 up in the first half as they picked Kenya apart piece by piece and the coach made two surprising first-half substitutes to calm the storm that befell his side, yet one of his changes gave away the penalty for the fourth goal.

Mali added a fifth in the second half to compound Kenyan misery.

In the second leg, Kenya should have won having dominated the game and created better chances. But they conceded only two chances with Mali scoring one of them in the second half which was enough to keep Mali top of the group.

Analysis: Good performances but Kenya have problems in finishing chances

Despite failing to top their group, Firat can take heart from the performances his boys have put up against their counterparts.

The Turkish coach bemoaned his side’s finishing in the second leg against Mali. “Why should I blame anyone [for the defeat]? The boys gave everything they could, they played good football, and we created so many goal scoring chances, but we never used them,” Firat said to Goal after the match.

We had eight to nine clear goal scoring chances, but none was scored. It is something we must address. I don’t understand why we cannot score.”

Defending set-pieces is also an issue

Kenya dominated all but one of their group games, and the sparkling form of their striker and leader Michael Olunga is a huge positive. They create good chances to score, but the finishing from the forwards is poor, and set-pieces remain a major Achilles heel for the Harambee Stars.

Against Mali, they conceded from two set-pieces in the first leg, and in the second leg, the only other chance they conceded apart from the goal, came from a set-piece. They will need to firm up at the back and hope that their forward line can find better efficiency in front of the goal.

My Mother’s Co-wife Breastfed Me, Tuju Opens Up < Previous
Another Petition Filed to Remove DPP Haji From Office Next >
Recommended stories you may like: