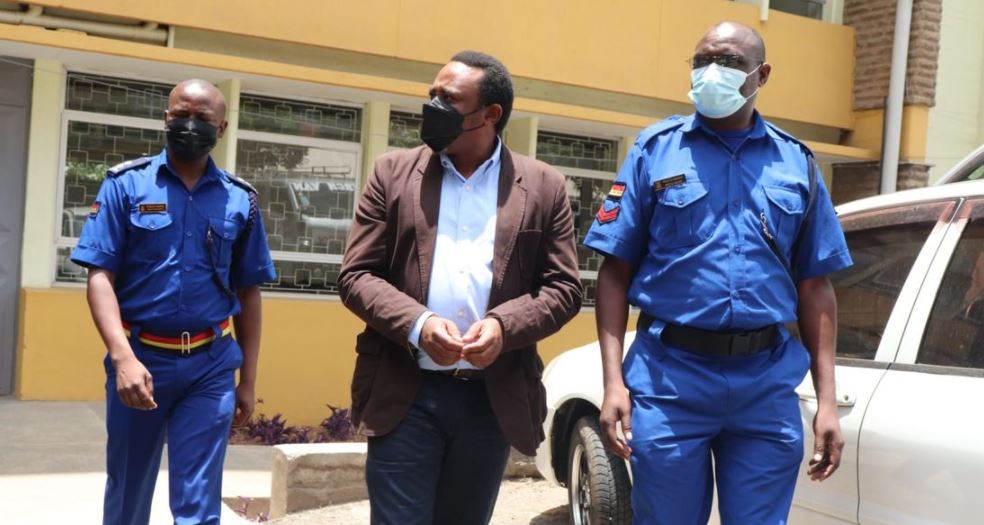 An anti-corruption court has sentenced businessman Mukuria Ngamau to 27 years in jail for defrauding the Youth Enterprise Development Fund of Sh180 million.

Milimani Chief Magistrate Douglas Ogoti gave him the alternative of paying a Sh720 million fine failure to which he will serve the 27 years behind bars.

Magistrate Ogoti found Ngamau and his firm – Quorandum Limited –  guilty and convicted them in five counts of conspiracy to commit an economic crime, unlawful acquisition of public property and making false documents.

The Director of Quorandum Limited has been found guilty that between diverse dates between November 17, 2014 and May 4, 2015 within Nairobi county jointly with his company conspired to commit an economic crime namely disposal of public property through lawful payment of Sh 180,364,789 from the youth enterprises Development fund to his company for services not rendered.

The magistrate further ordered the firm to compensate the fund Sh180 million, being the amount that was lost.

Ogoti dismissed the businessman’s request for a non-custodial sentence saying that the sentence is dictated by Anti-Corruption and Economic Crimes.

Ngamau’s co-accused in the case Bruce Odhiambo – then chairman of the fund, and Catherine Namuye Akelo – then CEO, have since passed away.

The magistrate sentenced Ngamau to seven years in jail for conspiracy to commit an economic crime contrary to the Anti-Corruption and Economic Crimes Act No. 3 of 2003.

The Sh720 million fine comprises a mandatory fine of Sh442 million for unlawful acquisition of public property contrary to the law.

Ngamau and Quorandum Limited have also been slapped with a mandatory fine of Sh258 million for unlawful acquisition of public property.

He was also jailed three years after being convicted of making false documents contrary to the Penal Code.

An earlier version of this post erroneously reported that Ms Doreen Waithera was acquitted from the case after she entered a plea bargain with the state.

We have since established that although her case was dismissed, there was neither a plea bargain with the state, nor did Ms Waithera enter any guilty plea. In fact, she was acquitted of all charges on 16 April 2021, under section 210 of the Criminal Procedure Code.

This means that the court found that she had no case to answer, and she was therefore not required to mount a defence.

We apologise to Ms Doreen Waithera for any harm or discomfort caused.

“Enjoy the Sympathy…” Cate Waruguru Now Tells Moses Kuria < Previous
As We Start a New Month, This is What’s Trending on Social Media Next >
Recommended stories you may like: