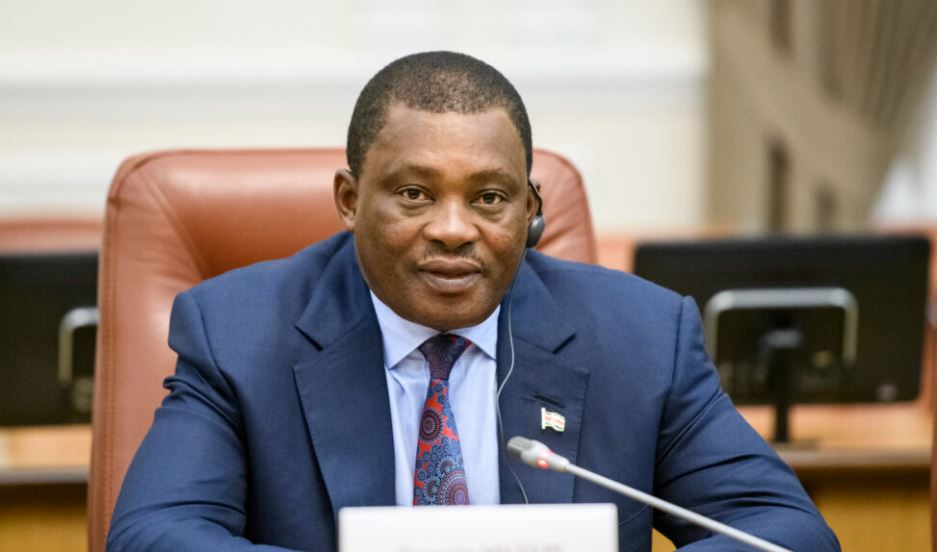 Raila Odinga’s pledge to give jobless Kenyans a Sh6,000 monthly stipend should he become president in 2022 continues to draw disapproval from Kenyans and political leaders in equal measure.

The latest to join the opposing bandwagon is National Assembly Speaker Justin Muturi.

Speaking at ACK Kongoini Church in Kiharu, Murang’a County on Sunday, Muturi people in Mt Kenya region do not believe in free money.

Muturi also accused Odinga of not telling Kenyans that the money would come from taxes.

“What Kenyans need are sound economic policies rather than a culture of handouts which will create poverty rather than eradicate it,” he said.

Muturi, who has declared his interest to vie for the presidency, promised to revive the economy and enhance good governance if he is elected.

According to the Speaker, the country needs fresh leaders and he offers the best alternative to other leaders who have declared interest.

“I think this country needs fresh leaders. A leader who will not polarise but unite this nation, one who is not bogged down by any baggage, hard feelings or entitlement but wants to serve to deliver this country from its many challenges and put it on a straight footing of stability and economic development,” he said.

Judge Issues Warning to Jowie Irungu for Violating Bail Conditions < Previous
Tirop Murder: Third Suspect Arrested as Husband is Locked Up Next >
Recommended stories you may like: