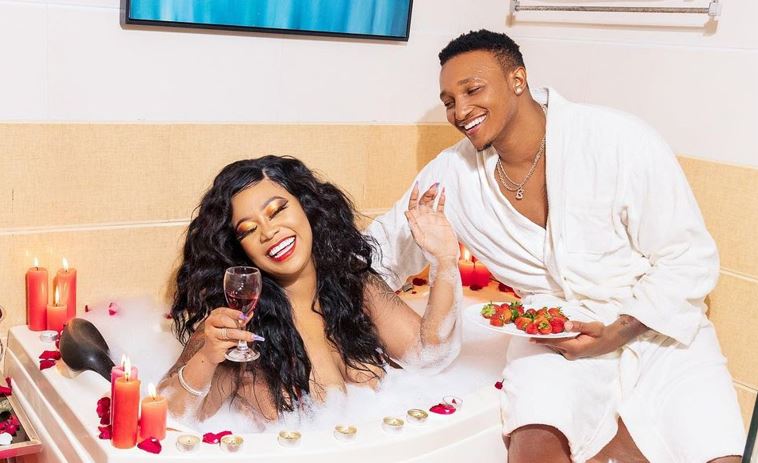 Social media personality Vera Sidika alias ‘Shikwekwe’ has shut down claims that she regrets getting pregnant for singer Brown Mauzo.

The video vixen was responding to internet trolls who have been on her case ever since she announced she was pregnant.

Taking to her InstaStories, Vera exposed some of the vile comments she has been receiving on social media.

One cyberbully went as far as referring to Vera’s unborn child as a cow that looks like COTU boss Francis Atwoli.

In a rejoinder, Vera wrote: “Lucifer has entered chat 😂😂😂 Ata muite my unborn child ng’ombe, ni wangu!!! Nothing will ever change that fact. Blocked.” 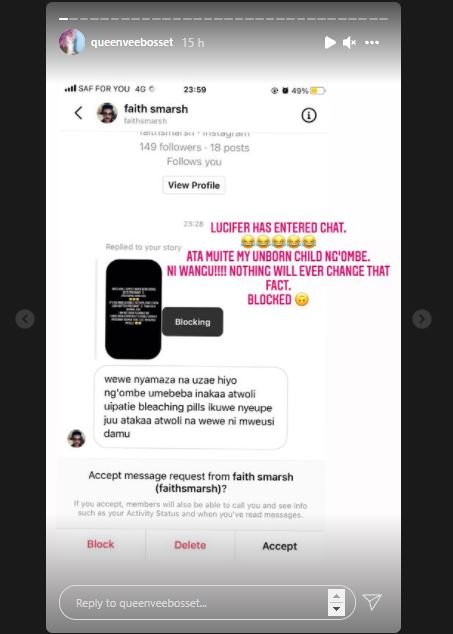 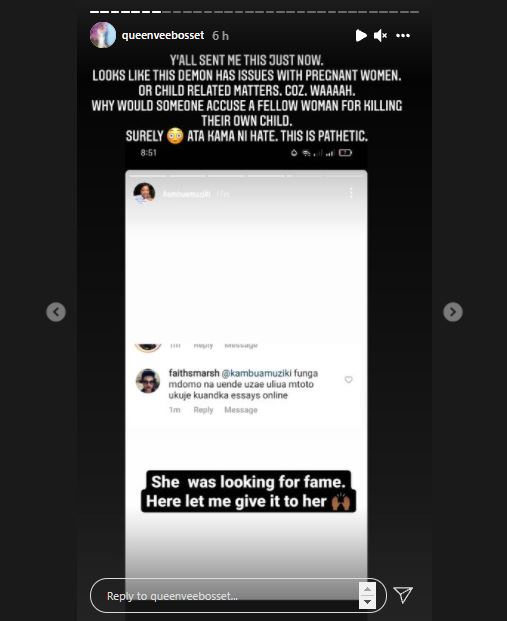 Vera also revealed that some haters said she and her child would die in hospital.

Others claimed that the pregnancy was a mistake that Vera regrets. “She regrets getting pregnant for this man, just that she cannot reverse things,” a troll wrote.

To which Vera said: “The way we’re here thinking of baby number two right after God blesses us with our little girl. I do not do mistakes, I plan my whole life. I think some of you all haters are used to getting pregnant by accident that you don’t even think someone can be ready and plan a family from scratch.

“Because you are in denial, you end up calling and wishing other pregnancies were regrets.”

Check out more of Vera Sidika’s Instastories below 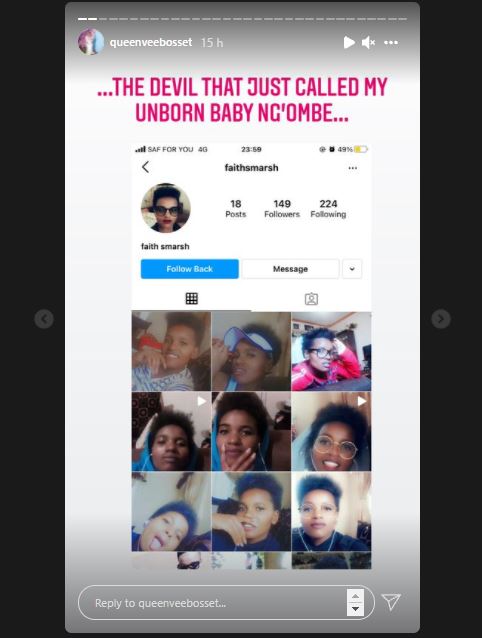 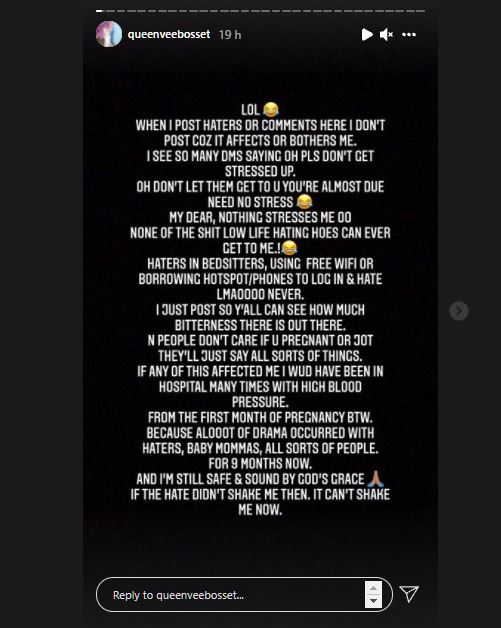 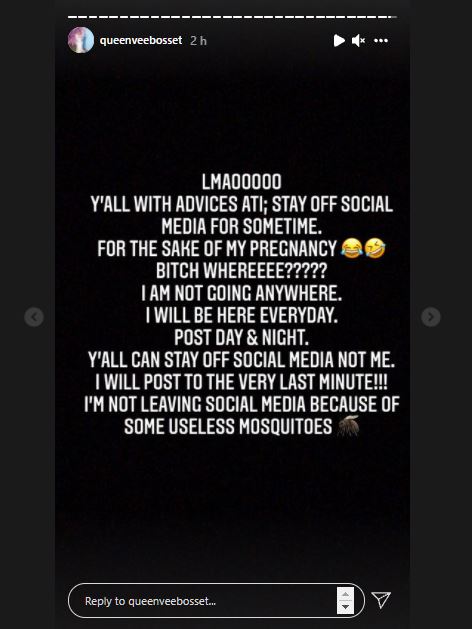 Jamal Rohosafi Speaks on Relationship with Amber Ray < Previous
Azziad Nasenya Explains Why She’s Back in School Despite Being Famous Next >
Recommended stories you may like: